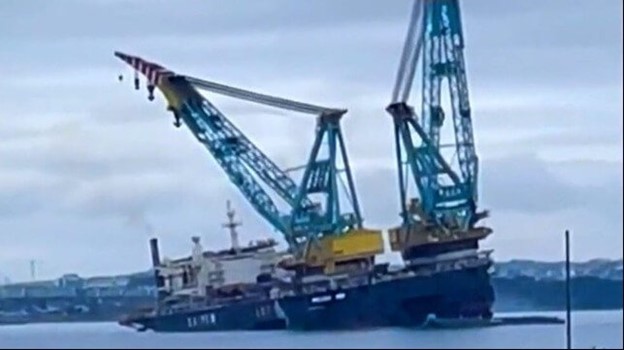 *Saipem 7000 took on a list after dropping its load, raising fears it was sinking

Newswire — Saipem 7000, Saipem’s giant semi-submersible crane vessel, has tilted in a fjord in Norway with 275 people aboard.

According to the Norwegian news outlet VG citing eyewitness statements, ‘loud bangs’ were heard before the vessel started to tilt in Åmøyfjorden outside Stavanger, a hub of Norway’s offshore oil industry. The accident occurred during a lift in the morning hours.

VG further claimed that there were 275 people on board but that they were all accounted for. Local police said that no one was injured or missing in the incident and that an investigation is underway to see if there has been pollution in the sea as a result of the accident.

Rescue leader in the Joint Rescue Coordination Centre for Southern Norway Owe Frøland said that he was in contact with the Saipem 7000 crane vessel crew and that they informed him that some of the lifting equipment on the crane ship failed, which led to them being tilted. This probably means that there is some wreckage floating in the fjord.

According to the Southern Norway rescue center, barges next to crane vessels inflicted major damage and are capsized. They also noted that a lot of public resources were put on standby.

Eyewitnesses also told VG that it appears as if the Saipem 7000 is sinking as some parts are getting closer to the water.

The vessel left the offshore wind farm site on Wednesday for scheduled maintenance with a plan to return later this month.

The Saipem 7000 semi-submersible crane vessel has the capacity to handle the entire workscope of offshore construction developments, encompassing pipelaying in water depths greater than 6,500 feet and heavy lift operations up to 14,000 tons.

The self-propelled vessel, one of the largest of its kind, can accommodate 725 persons on board and can assist with hook-up and commissioning as well as initial platform life support activities.