Saudi crude exports plunge in June to lowest on record 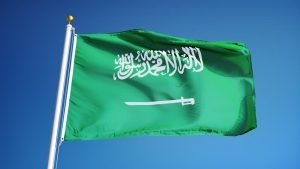 News wire — Crude exports from Saudi Arabia, the world’s largest oil exporter, extended a decline in June to the lowest on record, official data showed on Thursday, as global demand remained squeezed by the COVID-19 pandemic.

Exports fell 17.3% from the month before to 4.98 million barrels per day, their lowest since at least January 2002, data from the Joint Organizations Data Initiative (JODI) showed.

Total oil shipped from Saudi Arabia, including oil products, fell 18.7% to 6.08 million bpd from 7.48 million bpd in May, while crude stocks rose by 5.8 million barrels to 153.35 million, the official figures showed.

International benchmark Brent crude futures have rebounded sharply since plunging to their lowest in two decades in April, as economies gradually reopened and output curbs eased concerns of oversupply. But they remain down about 32% so far this year.

To offset the slump in global demand, the Organization of the Petroleum Exporting Countries and its allies, a group known as OPEC+, said record output cuts that began in May would deepen in August and September.

The kingdom’s crude production dropped nearly 12% to 7.48 month-on-month in June, a trough since December 2002.

Monthly export figures are provided by Riyadh and other members of OPEC to the Joint Organizations Data Initiative (JODI), which publishes them on its website.