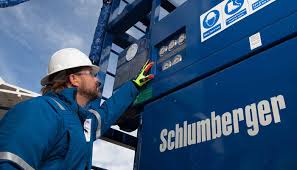 News wires — Schlumberger on Friday reported its strongest quarterly profit since 2015 with results that topped Wall Street forecasts on oilfield drilling and equipment sales that surged on high oil and gas prices.

Adjusted earnings and pre-tax segment operating margin was 18.7%, the highest since 2015, the company said.

“The pace of growth in our international business stepped up significantly,” Schlumberger Chief Executive Olivier Le Peuch said in a statement.

Revenue this quarter will grow by more than 20% while pre-tax margins will expand 200 basis points compared with the same period in 2021, Schlumberger said.

Le Peuch told investors activity in the Middle East will drive the next leg of growth and that over the next few years, the region is slated to benefit from the “largest investment cycle we have ever seen.”

Schlumberger boosted this year’s capital spending by 10% to $2.2 billion, a “signal of confidence in a more sustained recovery for the world’s largest oilfield services company,” said Peter McNally, an analyst at Third Bridge.

“Schlumberger continues to capitalize on the strengthening business dynamics with strong performance from scale internationally,” Jefferies analysts wrote in a note.

Total revenue rose 28% to $7.48 billion, with international operations contributing $5.88 billion. Wall Street had expected revenue of $7.1 billion for the quarter.

International revenue was up 13% sequentially and 26% from a year ago, while revenue in North America was flat compared with the prior quarter but up 37% from last year.