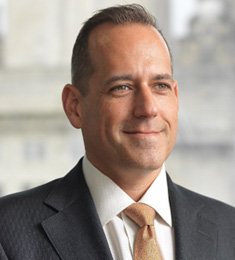 28 November 2018, News Wires — The coming year will be another challenging one for offshore drillers due to a surfeit of rigs even though prices are starting to improve, the chief executive of Seadrill told Reuters on Tuesday.

“We’ve always known that, given significant oversupply of rigs, 2019 is going to be a challenging year, and our opinion hasn’t changed,” Seadrill Chief Executive Anton Dibowitz said in an interview.

Dibowitz, however, said that a fall in North Sea oil price to below $60 a barrel from a four-year peak of $86 in October, should not deter oil companies from investing more to search for offshore barrels to meet growing demand.

“Volatility in oil price doesn’t help, but our market is driven by fundamentals,” he added.

“Fundamentally after years of underinvestment offshore barrels are needed, and in particular the deepwater barrels, to meet global demand that continues to grow.”

Seadrill remains in a tough spot. Out of its 35 drilling rigs, 16 were in operation while 19 were lying idle in the third-quarter.

Seadrill said it expected its adjusted earnings to be lower in the fourth quarter than in the third quarter.

Dibowitz said this was partly due to its rigs coming off the previously signed contracts and starting new contracts at lower rates.

“Having restructured our business, we are now well positioned to capitalize on the recovery,” Seadrill said earlier on Tuesday.

“We are already starting to see rate improvements for contracts starting in 2019/2020.”

Dibowitz said he expected to see more rigs working in the fourth quarter but the company will not rush to reactivate its stacked rigs pending a more meaningful price recovery.

“We are not going to speculatively reactivate rigs to put on term contracts at current low dayrates,” said Dibowitz.