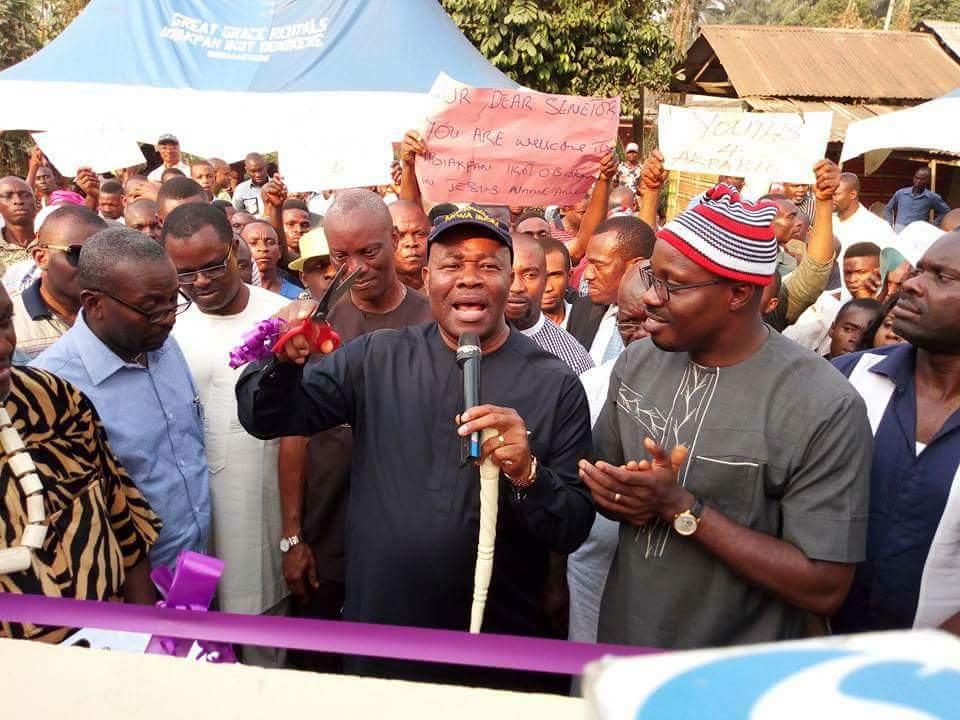 15 January 2018, Sweetcrude, Port Harcourt — As part of his constituency projects, the Lawmaker representing Akwa Ibom North Senatorial district in the National Assembly, Sen. Godswill Akpabio, has commissioned some solar-powered borehole water projects executed by him for his constituents.

Akpabio who is the immediate past governor of the state also commissioned stalls in diiferent markets as well as some classroom blocks for his constituency.

Speaking at the commissioning ground of the projects, the Senate Minority Leader, said it was his responsibility to bring good developmental projects that will better the lives of the people in his constituency.