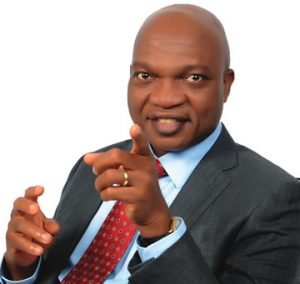 Recall that on August 11, 2017, the host communities of OML 25, otherwise known as the Belema field, had shut down the Belema flow station and continue to occupy it over some issues and differences with SPDC bordering on neglect and underdevelopment of the community by the oil firm.

Raising alarm on the military invasion of the communities, National Publicity Secretary of PANDEF, Chief  Anabs Sara-Igbe, said before the shutdown, the communities of Belema, Offoinama and Ngeje, complained to the President Muhammadu Buhari and the group mamaging director of the Nigerian National Petroleum Corporation, NNPC, on SPDC’s refusal to carry out their corporate social responsibility for over 40 years and the non implementation of the general memorandum of understanding, GMOU, signed between Shell and the communities since 2005.

Sara-Igbe also accused the Chairman of Akuku-Toru Local Government Area, Mr. Roland Sekibo, of being induced by Shell to cause crisis in the area, adding that the people of Kula would resist any attempt by SPDC to exploit the communities.

But, SPDC denied its alleged invasion of the Balema flow station communities.

The company, in a statement by its Media Relations Manager, Mr. Bamidele Odugbesan, restated its commitment to dialogue and peaceful resolution of disagreements with the invaders.

“A group of people invaded the facilities on August 11, 2017, ejected the staff on duty and have illegally remained in occupation of the facilities since then.

“The group has so far rebuffed all entreaties to resolve their grievances through dialogue but has instead demanded immediate transfer of ownership and operatorship of the facilities to their preferred indigenous oil firm, under the pretext that SPDC has over the years neglected the interests of the local community.

“SPDC believes that all stakeholders in the matter should give the Rivers State Government-initiated mediation process the chance to resolve the disagreement peacefully.

“Contrary to the false claims, SPDC will only resume operations at the facility when it is safe to do so.”

“Our primary goal is the safe and peaceful resolution of this dispute, and we encourage all parties to return to dialogue to protect the safety and security of all concerned including those occupying the facility, community members, SPDC staff and contractors,” the statement quoted SPDC External Relations General Manager, Mr. Igo Weli, as saying.

Weli restated the company’s commitment to implementing the social investment programmes for the communities including the Global Memorandum of Understanding which has suffered delay in implementation due to in-fighting among the different communities in Kula Kingdom, including Belema and Offoin-ama.

He noted that notwithstanding the prevailing situation in the area, the host communities of OML 25, including Belema and Offoin-ama, have continued to benefit from contract awards, employment of unskilled labour and SPDC’s social investment programmes, including yearly award of regular and special scholarships to eligible candidates from the area.