Shell to cut 10% Of jobs at Canada oil sands project 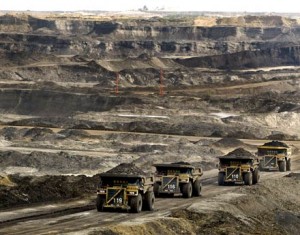 10 January 2015, Calgary, Alberta – Royal Dutch Shell will cut from 5 to 10 per cent of the about 3,000 jobs at its Albian Sands mining project in northern Alberta, a company spokesman said on Friday, but refrained from connecting the move to plunging oil prices.

Spokesman Cameron Yost said the actual number of job reductions at the Canadian operation had not yet been finalized, adding it would be “well below” 10 percent.

The cuts were announced to Shell employees internally on Thursday. “It’s not layoffs in the traditional sense of the word,” Yost said.

Last February, Shell halted work on its proposed 200,000 bpd Pierre River oil sands mine in Alberta, saying it was re-evaluating the timing of various asset developments.

Asked whether the reductions were related to the halving of global oil prices in the past six months, Yost said: “Even if oil price had remained stable we would still be looking at these areas of our business.” Global oil prices sank to their lowest level since April 2009 on Friday on persistent worry over a global supply glut.
*Nia Williams & Peter Galloway – Reuters