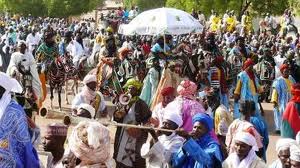 06 November 2012, Sweetcrude, SOKOTO – A Sokoto High Court has ordered the striking workers of Power Holding Company of Nigeria, PHCN, to, as a matter of immediacy, restore electricity supply to public and private premises in the state.

The order was the aftermaths of a motion ex parte filed by the Attorney-General of the state, Nuhu Adamu, against PHCN and the National Union of Electricity Employees, NUEE, following their strike action to protest alleged flogging of three of their staff by Governor Aliyu Wamakko.

In the motion, the government sought an order of perpetual injunction restraining the PHCN either by itself, its servants, agents and or privies from disrupting the generation, transmission, transformation, distribution and sale of electricity to consumers in Sokoto State forthwith.

NUEE, through its Assistant Secretary in the North-West Zone, Moses Amedu, accused the government of allegedly giving out N16 million to unnamed people to chase and harass its members.

Chief Judge, Aisha Dahiru, ruled: “Upon hearing Chief J. E. Ochidi with Abubakar Moyi for the plaintiff/applicant in respect of this motion ex parte, it is hereby ordered as follows: that PHCN and its workers (defendants/respondents), their servants, agents and privies are hereby restrained from taking any action or steps capable of disrupting or interfering with the generation, transmission, distribution and sale of electricity to any premises wholly or partially owned by the government and people of Sokoto State pending the hearing of the substantive suit on November 12, 2012.”