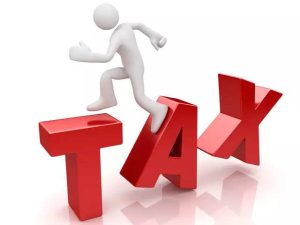 Madrid — The Spanish government is open to modifying its proposed bill on a windfall tax on banks and large energy companies to ensure that it does not hurt the country’s financial stability and is in line with European proposals, ministers said on Thursday.

In July, Spain’s leftist ruling coalition introduced a bill in parliament to create a temporary levy on banks and large energy companies, aiming to raise 7 billion euros by 2024 to ease cost-of-living pressures.

Referring to the bill on banks, Economy Minister Nadia Calvino told a business event that the legislation would eventually be amended in parliament “to be able to finance all the measures to support citizens and the working classes.”

On Tuesday, the lower house accepted the bill for debate. The ruling coalition wants the legislation approved before the end of the year.

“We have to make sure that it does not have any negative impact from the point of view of financial stability, that is obvious,” Calvino said.

Spanish bank shares were the top performers on the IBEX-35 blue-chip index on Thursday, with Caixabank, Sabadell, and Bankinter were up around 4%. Shares in the bigger and more geographically diversified lenders such as Santander and BBVA were up 3% and 2%, respectively, on expectations for changes to the bill.

Bank of Spain Governor Pablo Hernandez de Cos has already hinted that the ECB could issue a negative opinion on the tax.

While the proposed tax on banks carry a charge of 4.8% on bank’s net interest income and net commissions, the levy on energy companies includes a 1.2% tax on power utilities’ sales.

Asked if Spain could change the bill to tax profits instead of sales, Montero told private TV broadcaster Antena3: “It is quite clear that if Europe takes a decision along those lines, we will bring our tax into line with what Europe is proposing.”

The European Commission outlined a set of emergency measures on Wednesday saying it would introduce a temporary tax on windfall profits at oil, gas, coal and refining companies, that would apply to 33% of these firms’ taxable surplus profits from 2022.

Shares in Repsol were down 1.6%, while shares in Iberdrola were falling 0.33%.