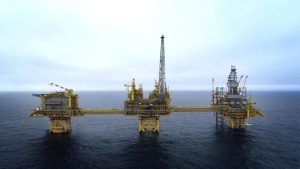 London — British energy provider SSE has kicked off the process to sell its 140 million cubic feet per day portfolio of North Sea gas fields in a single package, the sale document seen by Reuters showed.

SSE said in May it was looking to sell its gas production assets. A banking source estimated the value of the portfolio at around $1 billion.

The package includes a 20% stake in the Total-operated Greater Laggan Area in the West of Shetlands, including the Shetland Gas Plant, and the Bacton Catchment Area in the Southern North Sea, the document sent to potential buyers showed.

It includes around 30 million barrels of oil equivalent (boe) in reserves and the potential for further reserves growth in the Glendronach prospect in the Greater Laggan Area.

Total estimates it has found around 1 trillion cubic feet of recoverable resources in the area.

The document lists Bank of America Merrill Lynch as advisor on the sale.