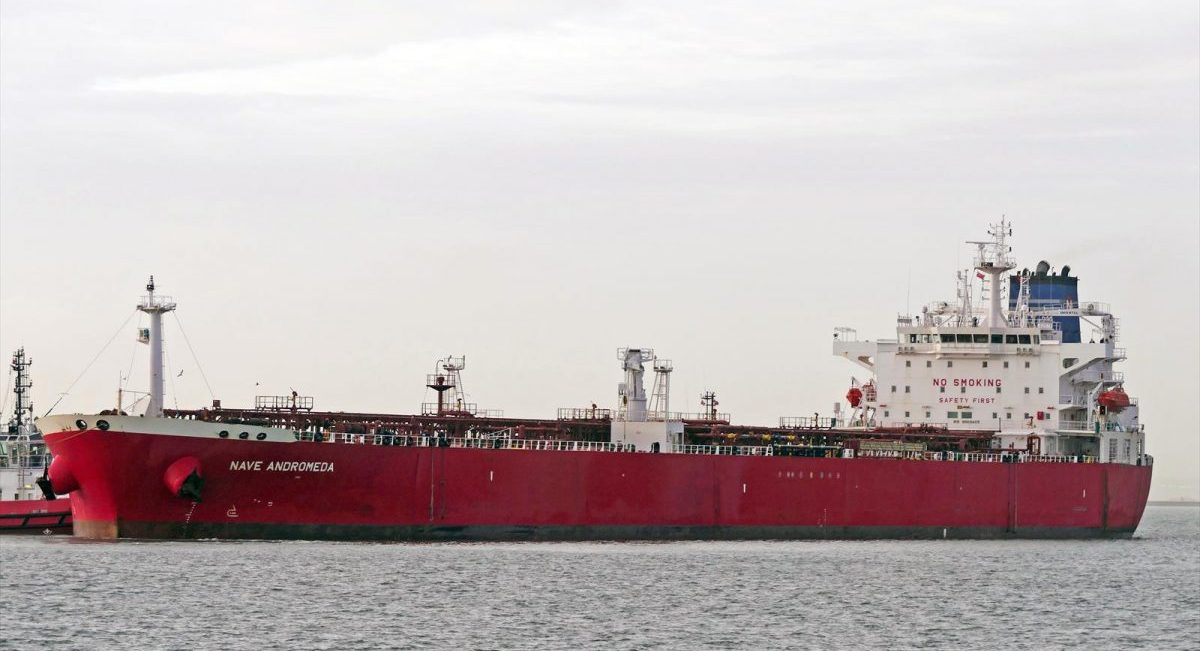 Lagos — Indications are that stowaways on board the Liberian flagged M/T Nave Andromeda which arrived from Lagos, Nigeria on Sunday have taken control of the vessel 20 nautical miles SW Gosport within the English Channel

It has been reported that the vessel M/T Nave Andromeda (IMO 9580405) has had a 3 miles exclusion zone put in place around it after making a mayday call at 0900hrs on the morning of the 25th October. A NOTAM has since been issues putting in place a 5mile exclusion zone to all aviation centred on area 50 24.48N 001 04 31W.

A spokesperson for Hampshire Constabulary said “We are aware and dealing with an ongoing incident on board a vessel which is situated south of the Isle of Wight. We have positioned an officer on observation duty at the top of Cowleaze, monitoring the vessel from afar.”

It is understood that the crew is not currently in command of the vessel.

Coastguard Helicopter 175 From Lee has been circling the area and now helicopter 163 from lydd has taken over duties and police helicopter is also on scene as of 14:30.

This incident, if confirmed appears to be the second such incident involving the hostile takeover of a vessel in English waters, involving stowaways with the first such incident recorded onboard the M/V GRAND TEMA in December 2018.