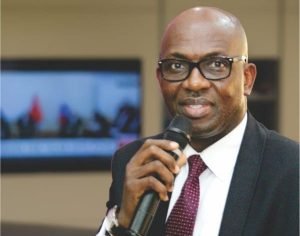 According to the NLNG boss, the company is keen on the actualisation of additional trains, up to Train 12, which, he said, is the ultimate target.

The company’s shareholders Friday, took final decision to go ahead with the long-stalled Train 7 project, paving the way for possible commencement of the construction of the $10 billion production plant at the NLNG site on Bonny Island in Rivers State.

The shareholders are the Federal Government of Nigeria, represented by the Nigerian National Petroleum Corporation, NNPC, with 49 per cent shareholding; Shell with 25.6 per cent; Total Gaz Electricite Holdings, 15 per cent and Eni, 10.4 per cent.

“There are many hurdles which Train 7 has unblocked, and that is what I mean when I say history is about to repeat itself. The original ambition for NLNG as a company was just Trains 1 and 2, but on the back of Trains 1 and 2 FID, which perhaps took so long, it took 30 years actually, to get to those two trains; but once their FID was taken, we went to Trains 3, 4, 5, 6.

“I believe that history is repeating itself today and it is worth celebrating that Train 7 has unblocked many hurdles; Train 7 is the gate-opener and I believe that we would go to Trains 8, 9, 10, 11 and 12,” Attah said at the FID signing in Abuja.

According to him, the project construction period after FID would last approximately five years with first LNG rundown expected in 2024.

He disclosed that the project would resuscitate most of the idle fabrication yards across the country and create about 40,000 direct and indirect jobs.

“Lots of fabrication yards that have been idle would kick back to life. That is, one of the biggest opportunities that this project brings first and foremost, it is creation of employment, and it then creates additional value for country,” he stressed.