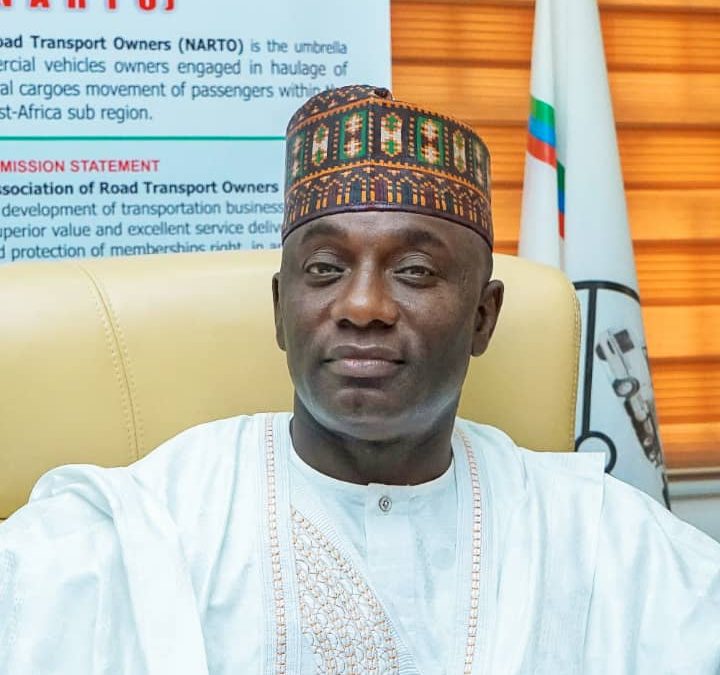 Abuja — Nigeria risks plunging into another round of fuel crisis, as the Nigerian Association of Road Transport Owners, NARTO, Monday, ordered all its members to withdraw their trucks for two days, starting Tuesday, September 22, 2020, till Wednesday, September 23, 2020.

NARTO is protesting the order of the Federal Government, banning tankers with 45,000 litres capacity from lifting petroleum products in the country, describing the ban as sudden and inconsiderate.

The transporters also stated that at the end of the two-day shutdown of operations, it would give the Federal Government a 10-day strike notice, effective September 24, 2020, adding that if the government fail to dialogue with them over the issue, they would be forced to commence a total withdrawal of their services nationwide.

Addressing newsmen in Abuja in Abuja, National President of NARTO, Alhaji Yusuf Othman stated that the leadership of the association, received the order on the immediate ban with shock.

He claimed that the Federal Government did not consult with transport owners before taking the decision, adding that the government also did not give them ample time to prepare for the implementation of the policy.

Othman described the sudden ban as highly insensitive and unappreciative of the efforts and contributions of NARTO members as businessmen and investors in the very critical and sensitive distribution and supply chains of petroleum products across the country.

He also warned that if these trucks with 45,000-litres capacity were withdrawn suddenly and promptly as being demanded by the government, it would create another side effect of avoidable unemployment, especially as it is estimated that more than 40,000 drivers/drivers mate and artisans would lose their jobs.

He said: “For the records, we wish to state very strongly that our members are already discouraged and distressed even with the fact that the transport sector which is one of the sectors that are worse hit by the COVID-19 pandemic because of the total restriction of movement, the federal government refused to extend some intervention to the sector as done to many sectors of the economy including Aviation, Agriculture and others.

“In the light of the foregoing and the fact that we understand the reasons behind government decision, we equally demand that government should be more empathetic and sensitive to the plight of our members and the very harsh economic situation of the time by giving us ample time to source for money to re-engineer all affected trucks and operations accordingly.

“We can assure you that none of the major transport companies across the country can continue any form of operations with this policy within this short time frame.

“In view of the above, we are therefore constraint to allow the decision of all our members to park their trucks as from tomorrow 22nd to 23rd September, 2020, prevail as warning, and furthermore, issue 10 days ultimatum with effect from 24th September, 2020 for a full blown withdrawal of service.

“If such scenarios occur, we earnestly plead with those who will lose employment, income and general public that will be negatively affected by this avoidable situation.”

He clarified that the leadership of NARTO was not in any way against the decision of the federal government to ban the use of truck with more than 45,000 litres capacity in the conveyance of petroleum products considering the dilapidated state of Nigerian roads but was particularly concerned about the sudden and prompt nature of the ban.

“We consider the approach to be highly insensitive to the huge investments the Owners of these trucks have made and debts they incurred in executing the mandate given by previous administration.

This move by the government will definitely be counterproductive considering the fact that sudden withdrawal of these trucks will impacts heavily and negatively on the operations of our members and the withdrawal will also create heavy gaps in the supply and distribution chains bearing in mind the fact that NARTO, being the owners of these trucks, are integral part of the supply and distribution of petroleum products across the nation,” he argued.