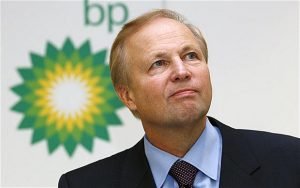 10 October 2018, News Wires — The United States has granted BP and Serica Energy a new license to run a North Sea gas field partly owned by Iran in a rare exemption by U.S. President Donald Trump’s administration as it prepares to renew sanctions on Tehran next month.

The waiver extension will allow Serica to complete the acquisition of BP’s stake in the Rhum, Bruce and Keith fields, as well as buying Total’s stakes in Bruce and Keith, Serica said in a statement.

Rhum, which supplies around 5 percent of Britain’s gas demand, is half owned by Iranian Oil Company, a subsidiary of the national oil company.

The U.S. Office of Foreign Assets Control extended a license for U.S. and U.S.-owned or controlled entities to provide goods, services and support the Rhum field.

Renewed U.S. sanctions on Tehran, which will take full effect on Nov. 4, ban U.S. companies and citizens from doing business with Iranian companies as well as transactions in dollars.

The new license is conditional on the setting up of an escrow account that will hold all profits from the field for as long as the sanctions are in place, Serica said.

A similar mechanism was set in place in the previous round of U.S. sanctions on Iran.

The new license is valid until October 31, 2019 and may be renewed upon application, Serica said.