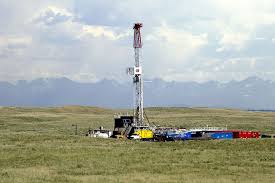 News wire — Energy firms this week increased the number of U.S. oil and gas rigs but cut the count in August for the first time in 25 months, even as oil prices remain relatively high.

The oil and gas rig count, an early indicator of future output, rose three to 765 in the week to Aug. 26, energy services firm Baker Hughes Co said in its closely followed report on Friday.

In August, the combined oil and gas count was down two rigs after rising for a record 24 months in a row.

The oil rig count was unchanged on a monthly basis after rising for a record 23 consecutive months, while the gas rig count rose by one in August having remained unchanged in July.

Even as the number of oil and gas rigs climbed for a record-breaking streak through July, the weekly increases in the total rig count have mostly been in the single digits and oil production remains below pre-pandemic record levels.

Reporting by Kavya Guduru and Seher Dareen in Bengaluru and Scott DiSavino; editing by Jonathan Oatis and Marguerita Choy – Reuters