London — The UK Government is being urged to do more to support families, businesses, and the energy transition after research by the Aberdeen & Grampian Chamber of Commerce (AGCC) revealed a 662 percent increase in North Sea tax receipts.

The AGCC found that offshore operators and licensees have been paying an average of $27 million in tax per day since the start of the year. That windfall is set to rise even further with the introduction of the Energy Profits Levy (EPL), which increases the effective rate of tax paid by offshore energy firms to 65 percent, which is more than three times higher than the standard rate of corporation tax. 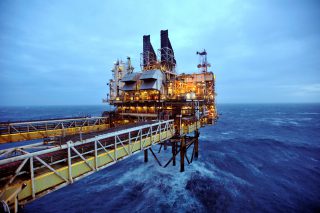 The government is now being urged to use this ‘double windfall’ to support consumers and businesses, but also to incentivize investment in the low carbon technologies which will help Scotland and the UK reach net-zero targets.

The EPL comes with a tax sweetener – the Investment Allowance – which will see North Sea producers get a 91 pence tax saving for every £1 ($1.11 for every $1.22) they invest in further oil and gas extraction.

AGCC stated that the allowance should be extended to include investment in the energy transition, in technologies such as offshore wind, hydrogen, CCS, and direct air capture.

The Figures
Between January and June this year, offshore companies paid over $4.88 billion in tax in just 181 days, according to tax receipt data from the Office for National Statistics, a 662 percent increase on the previous 12 months, when receipts for the six months of the year totaled $642 million. The Office of Budget Responsibility recently upgraded its estimates for the fiscal years ending March 2023 to 2027, now predicting North Sea revenues to hit $24.66 billion.

This is more than double previous forecasts and excludes the windfall tax, which the Treasury says will raise an additional amount of over $6 billion in its first year and could run until 2025 if energy prices remain high, although there is no definition of what a high price is in the legislation.

“Our research shows that with increased receipts and its new profits levy, the Treasury is receiving a double windfall from the North Sea. On the current trajectory, the tax take from the basin this financial year could be four times higher than the original forecasts done by the Office for Budget Responsibility in 2020. Clearly, there are sufficient incremental tax revenues to fund the support to consumers and businesses, but also to go further and to inject real pace into the energy transition.”

“Failing to include renewables in the Investment Allowance was a missed opportunity and we want to see it expanded to include investment in technologies such as offshore wind, hydrogen, carbon capture and storage, and direct air capture – all of which are currently being developed in the North-east of Scotland. We need to deliver the reindustrialization of Scotland to make sure we capitalize on our green energy potential. These tax receipts provide an opportunity to do just that,” Ryan Crighton, Policy Director at Aberdeen & Grampian Chamber of Commerce, said.

As for UK oil and gas taxation, the companies pay tax profits from production in UKCS at a rate of 40 percent, comprising both Ring Fence Corporation Tax plus a Supplementary Charge. The recently passed Energy Profits Levy takes this rate to 65 percent, effective from May 26, 2022.

Separately, Petroleum Revenue Tax is a tax on the profits from oil and gas production in the UK but only applies to fields that were approved before March 16, 1993. These are known as ‘taxable fields.’

The Petroleum Revenue Tax was permanently zero-rated from January 1, 2016. It was not abolished because some companies still require access to their tax history for carrying back trading losses and decommissioning costs.