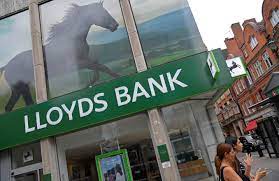 London — Britain’s biggest domestic bank Lloyds said on Thursday it would not support direct financing to develop new oil and gas fields, joining a small number of lenders to push back on funding expansion of the industry.

Climate groups welcomed the Lloyds move and called on other British banks to follow suit.

“By becoming the first of the five largest UK high street banks to stop the direct financing of new gas, oil, and coal projects, Lloyds is making a clear statement on the future of financing for fossil fuel expansion.”

Lloyds’ exposure to dirty industries is smaller than some of its global rivals, given its focus on Britain’s economy.

The bank provided about 1 billion pounds ($1.1 billion) of finance to commercial oil and gas customers last year, according to its latest climate disclosures report, and the sector accounted for just 0.2% of its overall lending.