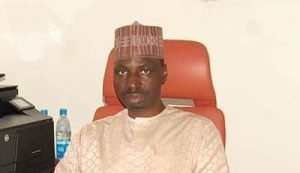 Kaduna –– The Managing Director and Chief Executive Officer of Kaduna Electric, Engr. Garba Haruna, has attributed the frequent and sometimes prolonged power outages being experienced across the country and the resultant socio- economic setbacks to rampant vandalism of power supply infrastructure and energy theft.

The Kaduna Electric boss made the assertion in Kaduna while declaring open a two-day workshop on vandalism and energy theft for Chief Magistrates, Magistrates, state counsels and police prosecutors in Kaduna State.
He said energy theft and vandalism of power infrastructure have stunted the development of the sector in the country.
Engr. Garba, who was represented by the Chief Marketing and Revenue Assurance Officer, Alhaji Abubakar Jimeta, disclosed that the company lost valuable power supply assets worth over N500 million to vandalism since taken over the power company in the last five years.
”Our statistics has shown that every year in the last five years, we lose about a hundred and twenty million naira worth of equipment to vandalism with additional monthly revenue shortfall of between two to three billion naira. The challenges of vandalism and energy theft are the bane of the development of the nation’s power sector”, he lamented.
He further disclosed that ”the invoice being received by the Company from the Nigerian Bulk Electricity Trading, NBET for electricity supplied to its four franchise states every month is between 4.5 billion to 5 billion naira but the revenue being realised from electricity users monthly is always less than 2 billion naira except in one occasion where the Company collected 2.1 billion naira”.
He charged the Magistrates to meet out severe sentences to perpetrators of electricity  theft and vandals of power supply equipment to serve as deterrent to others.
”This is the only way we can ensure stability and efficiency in electricity service delivery, bring about the much needed socioeconomic development of the country and restore the confidence of foreign investors in our economy”, Engr. Garba asserted.
In a good will message, the Chief Judge of Kaduna State, Hon. Justice Muhammad Lawal Bello, who was represented by the Chief Registrar of the State High Court, Barrister Murtala J. Zubairu charged the participants to always advance the cause of justice by being firm and fair to all parties in a litigation.
He admonished both the investigators and prosecutors to always carryout diligent investigation and prosecution so as to ease the work of the courts.
The Director of Public Prosecution of the Federation represented by the Deputy Director, Barrister Mamudu Suleiman also expressed  concern over the rising cases of vandalism of power supply equipment and energy theft, warning that the Federal Government will ensure that all public and private assets are protected and perpetrators of economic sabotage are dealt with in accordance with the law.