– Lauds him for transforming the oil & gas industry

Lagos — The Executive Secretary of the Nigerian Content Development and Monitoring Board, NCDMB, has lauded the Minister of State for Petroleum Resources, Chief Timipre Sylva on the national honour of the Commander of the Order of the Niger (CON) conferred on him by President Muhammadu Buhari on Tuesday, October 11, 2022.

In a statement he personally signed, the Executive Secretary noted that Sylva who was appointed in 2019 was fully deserving of the national honour having worked tirelessly to change the Nigerian oil and gas landscape and recorded several accomplishments which had improved the economy of the nation.

He listed some of the notable achievements of the Minister to include working with the National Assembly for the passage of the Petroleum Industry Bill (PIB), which was signed into law by President Muhammadu Buhari on August 16, 2021, to become the Petroleum Industry Act (2021), the initiation and launching of the Decade of Gas Initiative in 2020 and the National Gas Expansion Program (NGEP), which is aimed at improving domestic LPG consumption and deepening the use of alternative fuels such as CNG for vehicular use. He added that the NGEP promotes the use of cleaner and cheaper fuels and ensures that the impact of subsidy removal from Premium Motor Spirit (PMS) is minimal.

Other achievements of the minister included improving the harmonized data reporting to Organization of the Petroleum Exporting Countries (OPEC) and provision of comprehensive technical support for Nigeria’s representation at OPEC and ensuring that the Federal Government took the Final Investment Decision (FID) that led to the development of the $7bn NLNG Train 7 project and championing Africa’s position for a multi-dimensional approach to energy transition using gas as a transition fuel.

The Minister also championed the removal of fuel subsidy so that the proceeds could be channeled towards National development, championing the rehabilitation of the three refineries in Nigeria: Port Harcourt, Warri and Kaduna to guarantee in-country refining and petroleum products sufficiency in the country and leading the drive for the distribution of Covid-19 palliatives by the oil and gas sector to states and institutions during the Covid lockdown in the country.

Wabote listed other accomplishments of the Minister to include pushing for the resuscitation of the Brass LNG project abandoned over 17 years ago by sourcing for new investors, launching the Nigerian Gas Transportation Network Code (NGTNC) program. The code ensures fair and non-discriminatory open access to the gas transmission network systems in order to promote competitiveness and drive economic growth.

He added that the Minister conceived the Nigerian Gas Flare Commercialization Program (NGFCP) to support Nigeria’s effort to achieve zero routine flaring by taking gas at flare and auctioning same to third parties for commercialization in order to eliminate environmental pollution and worked for the progressive increase in national gas reserve position to the current 206.53 trillion cubic feet (TCF) to support government’s gas revolution and expansion programs and worked to ensure the completion of the NCDMB 17- storey headquarters building in Yenagoa, Bayelsa State.

He also credited the Minister with actively working with NCDMB to ensure the establishment of modular refineries in the Niger Delta, actively working with NCDMB for the establishment of Oil and Gas Industrial parks in some oil producing states in the country, working with NCDMB to establish LPG Distribution centers in 10 Northern States of the country, as part of the Nigeria Gas Expansion program and serving as chairman of the African Petroleum Producers Organization (APPO) and ensuring the revitalization of the organization to better position African oil producing countries. 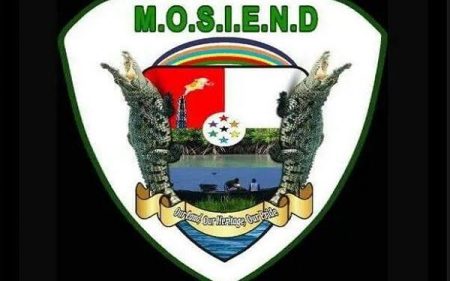 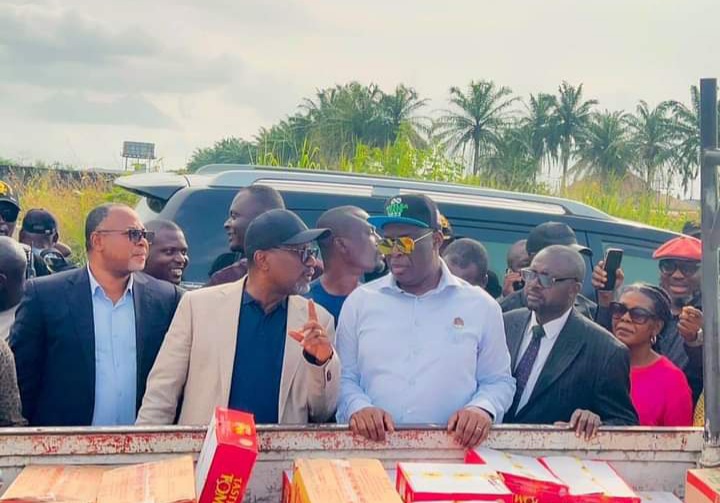