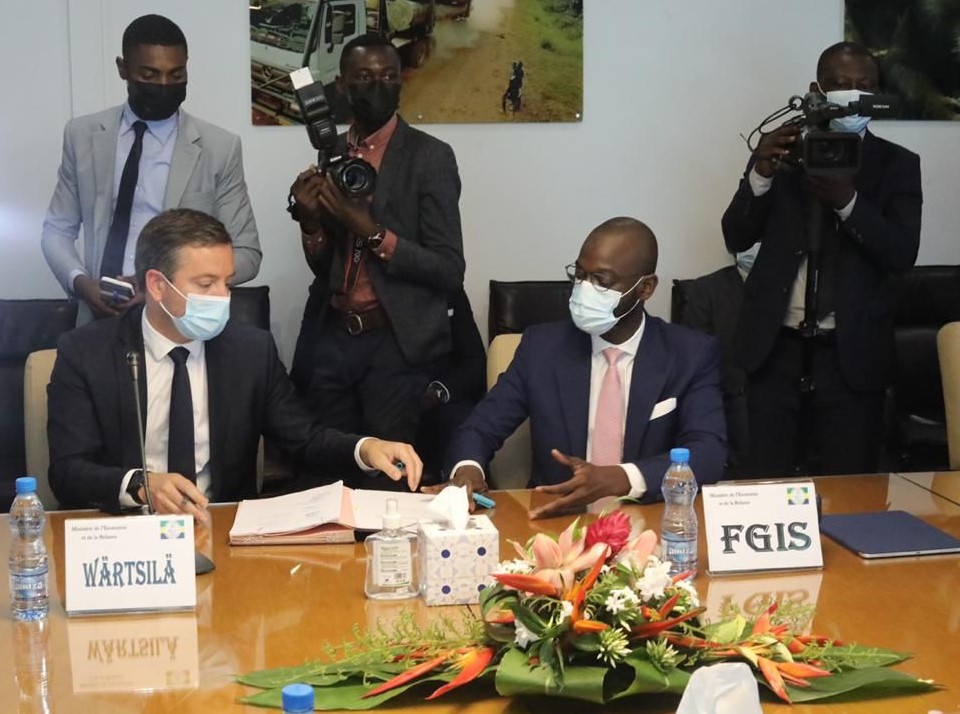 Lagos — The technology group Wärtsilä and Gabon Power Company (GPC), the subsidiary of the Sovereign Fund of the Gabonese Republic (FGIS) dedicated to energy and water, have on 22 September 2021 signed a Concession Agreement with the Government of Gabon for the development, supply, construction, operation and maintenance of a 120 MW gas power plant.

Wärtsilä, jointly leading the project development with GPC, will build the plant under a full Engineering, Procurement, and Construction (EPC) contract and will then operate and maintain the plant under a long-term 15-year Operation and Maintenance (O&M) agreement. The EPC contract and the O&M agreement will be signed in 2022 with Orinko S.A., the joint venture between Wärtsilä and GPC.

The plant will be located at the industrial site of Owendo, close to Libreville, the country’s capital. When commissioned, the plant will supply electricity to Société d’Energie et d’Eau du Gabon (SEEG), the Gabonese utility, under a 15-year Power Purchase Agreement. The project represents one of the largest of its kind in Sub-Sahara Africa and a sizeable energy infrastructure project for Gabon.

“There is currently a structural deficit between the supply capability and the demand for electricity, which is increasing year by year. This project will play an important role in bridging this deficit, and some 600,000 people will ultimately benefit from a more sustainable and economical electricity supply delivered to SEEG. The plant will replace rented generation assets by SEEG and bring significant benefits, in line with Gabon sustainability ambitions,” said Marcelin Massila Akendengue, General Director, Gabon Power Company.

“This is a major and very comprehensive project that will deliver sustainable energy at a competitive price. It highlights many of Wärtsilä’s strengths, including the efficiency and flexibility of our generating sets, our EPC capabilities, our project development skills with insight into the financing arrangements, and our lifecycle support through long-term O&M agreements,” said Nicolas Mathon, Director, Project Development, Africa and Europe, Wärtsilä Energy and Managing Director, Orinko S.A. “The project also emphasises the leadership role that Wärtsilä plays in moving the industry towards a decarbonised future by delivering solutions that enable a transition to renewable energy.”

The project is being developed under a Public Private Partnership framework, with the asset to transfer to the Gabonese authorities at the end of the concession agreement. It has the full support of the government of Gabon, with the Council of Ministers approval received in May 2021, and the Concession Agreement having received approvals by the country’s President, Prime Minister, and the relevant Ministries. When completed, the project will have a major impact on the Gabonese economy.

Wärtsilä’s installed base in West Africa comprises 440 plants with 946 engines producing 4928 MW in 34 countries. In Gabon, Wärtsilä has a long-term presence from projects delivered and contracted with SEEG and private energy intensive companies.