We’ll not support any attempt to increase fuel price – PENGASSAN 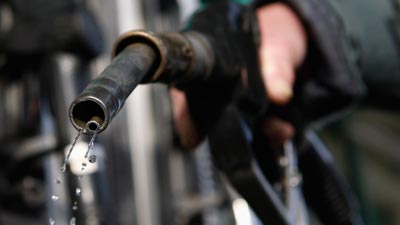 01 January 2018, Sweetcrude, Port Harcourt — The Petroleum and Natural Gas Senior Staff Association of Nigeria, PENGASSAN, has warned that it will not support any attempt to increase the pump price of premium motor spirit, also known as fuel, amidst fear that the Federal Government may do so in 2018.

PENGASSAN advised the Federal Government to rather resuscitate the nation’s refineries to operate optimally, instead of contemplating the increase of fuel price.

Speaking to our correspondent, the Zonal Chairman of PENGASSAN, South-South Zone, Mr. Azubuike said the model used by the government to run NLNG should be used on the refineries to make it work.

Azubuike also advised that the Federal Government should ensure that modular refineries come on stream in 2018, to tackle the issue of shortage of petroleum products in the country.

According to him, “The greatest problem we have in this country is that nobody has passion for this country. I think the so-called leaders have failed us and Nigerians should be able to react appropriately.

“For us in PENGASSAN, we will not support any increment in fuel price; we will only support the government to revitalise the refineries.

“Then, the issue of modular refineries should be made to come on stream so that we won’t have all these shortage of product all the time. Let them put infrastructures in place so that this country will be good for all of us.

“All of us know that importation of fuel is not helpful to the economy, because importers need to sort out for forex and the implication is that our Naira will be devalued and the jobs fretted away.”

Azubuike further disclosed that the achievements of this administration have been defeated by the ongoing fuel scarcity in the country.

“I think they (government) should go to the drawing board and see what Nigerians are passing through especially during this period, Nigerians are suffering, they are passing though a lot of stress. Having gone through all these, the Nigerian government should be able to put up policies that will put smiles on the faces of Nigerians, and not to increase their pains and sufferings.

“For me, the pains Nigerians have gone through this period has withered away anything the government think they have done.

“Millions of jobs have been lost and none has been created. This government made a lot of promises before they came on board, therefore let them go to their drawing board and keep to those promises they made to the Nigerian electorate,” Azubike said.