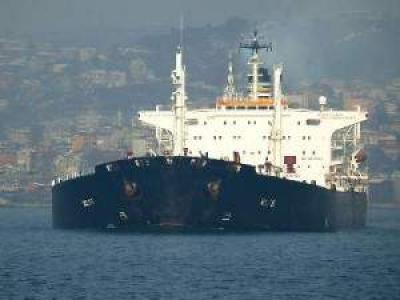 Lagos — African states like Chad and Cameroon are shaping up to be big winners from new rules to cut sulfur emissions from ships, providing just the right type of oil to produce cleaner fuels.

Only around 1% of the world’s crude oil exports are heavy and sweet varieties, ideal for refining into fuel with a maximum 0.5% sulfur content mandated by International Maritime Organization (IMO) rules coming into force worldwide on Jan. 1.

The regulations will tighten limits from the 3.5% sulfur levels allowed now, aiming to improve human health by reducing air pollution.

West African oil, mostly outside the continent’s top exporter Nigeria, is set to provide the “Holy Grail” for these IMO 2020 fuels, according to market research firm ClipperData.

Nearly three-quarters of the world’s exports of heavy sweet crude – defined as oil with less than 0.5% sulfur content – come from the region, with Angolan Dalia, Chadian Doba Blend and Cameroonian Lokele alone making up most of that portion.

“The new environmental regulation starts in January, but preparation has already begun. Refiners need to ready their supply streams and learn how to best prepare for a low sulfur future,” said Josh Lowell, a senior energy analyst at ClipperData.

“Even though trading houses and refiners are keeping their strategy and timing close to their chest, it’s clear certain West African grades really stand to benefit.”

Prices for the coveted oil are already soaring.

According to price reporting agency Argus, Doba has vaulted to 75 cents above dated Brent this month from 60 cents below at the beginning of 2018, while Dalia went from a 60 cent discount to a $2.50 premium over the same period.

“Outages from Iran and Venezuela after U.S. sanctions ramped up Chinese demand and the IMO rules around the corner – all these factors have been quite supportive for medium to heavy sweet grades,” one seller of Angolan crude told Reuters.

Because much of Angola’s oil is bound to flow to China per term agreements, interest has mounted in grades trading more freely on the market.

Oil from landlocked Chad, piped south-westward and exported by sea via Cameroon, has increased in volume since new fields came online this year and is being increasingly snapped up in the world’s key refining hubs.

“Going forward, we expect continued demand from the Fujairah and Rotterdam bunkering and blending hubs, as well as from the U.S. Atlantic coast.”

Industry sources say trading giant Vitol bagged all three cargoes of Doba scheduled for export in August, with at least one bound for Fujairah in the United Arab Emirates, where refinery re-tooling is underway ahead of the rules, also known as IMO 2020.

The rule changes are requiring massive investment as refiners cut sulfur content in their output. ExxonMobil completed a $1 billion unit at its Antwerp refinery last year to upgrade high-sulfur fuel into various types of diesel, including the variant mandated by the IMO 2020 rules.

Germany’s Uniper upgraded its plant in Fujairah earlier this year to produce fuel oil with a content of 0.1% to 0.5% sulfur, while Vitol’s Fujairah refinery is already producing compliant fuels.

In a sign that the quest is afoot for comparable grades further afield, cargoes of Argentinian Escalante and Brazilian Ostra grades were also bound for Fujairah this month for the first time ever, according to Refinitiv Eikon data.

Likewise, the bunkering hub at Singapore took on more cargoes of heavy sweet Australian crude at record prices since March than in all previous years combined.