Evergreen
Home Oil Where is the most dangerous offshore oil & gas region?

Where is the most dangerous offshore oil & gas region?

Lagos — The answer to that question really depends on the sector of oil and gas where you work, Dryad Global Chief Executive Officer Corey Ranslem told Rigzone.

“If you look at the oil rigs then it would be the Bay of Campeche in the Gulf of Mexico,” Ranslem said. 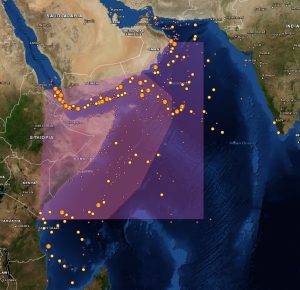 “We have seen the number and types of attacks increase over the past year along with the level of violence. Assailants are now armed and are increasing the number of attacks against oil rigs in this region,” Ranslem added.

“If you manage tankers there are two areas in the world designed as high risk, the Gulf of Guinea and Libya. Just in the past week we’ve seen fighting pick up on the outskirts of Tripoli. We also saw a recent boarding on a cargo ship in the anchorage off Guinea,” Ranslem continued.

When asked if there is anything oil and gas workers can do to stay safe in these regions, Ranslem offered some practical advice.

“Stay vigilant and keep a good visual and radio watch,” he said.

“The other major recommendation is to have a plan in place of how to deal with the intruders in these situations. Right now, we aren’t seeing kidnappings like we did off Somalia, but that doesn’t mean it can’t happen,” Ranslem added.

Ranslem has 27 years of experience in the public and private sector working with ports, cargo lines, cruise lines and large yachts, Dryad Global’s website highlights. He is a veteran of the U.S. Coast Guard and is a recognized expert in U.S. Federal Court in maritime security, the site shows.