on: September 30, 2019In: Community Development, featured 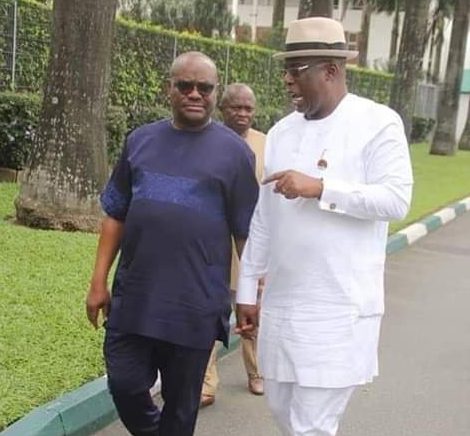 Governor Wike declared that his administration will continue to develop the right environment for all investors to operate in the State, hence, the reason he took it on himself to see that Shell reconciles with the communities.

He said that the fundamental focus of the Rivers State Government is for OML25 to be operational and productive, while regretting that for over two years, the oil facility was shutdown and nobody acted.

According to him, “The oil companies should also respect the Memoranda of Understanding signed with the host communities.

“As SPDC goes in, whatever they have agreed with the communities should be implemented. If they implement it, they will do their work. If they don’t implement, there will be another round of crisis. And then, they will call Government to come in.

“Ours is to make sure that people carry out their businesses in a very conducive environment. This is the role the Rivers State Government will always play.”

He noted that Rivers State is a very peaceful State where oil companies have always been supported to carry out their legitimate activities.

Governor Wike noted that during the days of pipeline vandalism, Rivers State witnessed the least cases of vandalism because of the security investment of the State Government.

“I have always supported efforts to protect national assets in the state. Anybody can tell you that. I will continue to create the right environment for investment. If I don’t do it, how will I get funds to execute key projects “, he said.

Eacrlier, the Minister of State for Petroleum Resources, Chief Timipre Sylva, expressed happiness that they were in the state to celebrate the return of peace to the OML25 and the host communities.

Silva stated that the successful resolution of OML25 conflict was a right starting point to change the narrative in Rivers State. He charged leaders to work to resolve all the emerging challenges to enhance development.

“This is a good signal and we should deepen it. The Niger Delta has struggled for peace. We have lost more than we have gained.”

Sylva said that some people are deliberately fuelling problems for business opportunities to leave Rivers State. He said that this is the right time for all stakeholders to work for more investors in the state.

“Let us use this opportunity to turn a new leaf. Let us use this as a model to replicate in other communities. Oil is a depleting resource. One day, we may wake up and oil companies would have left because it is no longer profitable for them. Oloibori is an example.

“Let us try and close ranks as a people and ensure that the problem is put to rest finally. We hope this will signal the beginning of a new Chapter,” the Minister said.

Also, the Group Managing Director of NNPC, Melee Kyari, said that overall peace has returned to the communities, while urging every aggrieved parties to present their grievances for the resolution of their concerns.

Kyari declared that the team visited the Government House because OML25 is situated in Rivers State and there was need to pay courtesy visit on the Rivers State Governor.

It will be recall that on June 22, 2019, Rivers State Governor, Nyesom Ezenwo Wike, intervened on the OML25 crisis, by kick-starting the process for the re-opening of OML25 when he initiated a peace meeting among SPDC, Belemaoil, the host communities and security agencies.