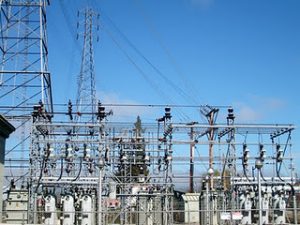 31 January 2018, Sweetcrude, Lagos – A team of World Bank experts currently in the country has visited the Nigerian Electricity Regulatory Commission, NERC, as part of continued consultation between the two agencies on the level of support to improve the Nigerian power sector.

SweetcrudeReports learned that the meeting was a follow up of the workshop held by the Ministry of Power, Works and Housing in November in Abuja.

The Federal Government had in November come up with an action plan to restructure the 11 electricity distribution companies or Discos in line with the power sector recovery programme, PSRP, for efficient service delivery.

As part of the action plan, NERC is to engage the Discos on revised business plans, which will be negotiated, finalised and implemented with the World Bank in terms of new capital injections. The engagement would also involve NERC, Bureau of Public Enterprises, the Discos and other relevant parties.
The engagement could see the takeover of Discos with degraded financial positions, SweetcrudeReports learnt.

But before the takeover, technical competence reviews, including forensic audits of all the Discos and the adequacy of their technical partners, would be undertaken to show that they had failed in their initial agreements with the government after the privatisation exercise.
It was also learnt that there was an ongoing audit of the performance agreement and all direct agreements the government signed with operators in the power sector to ensure that they were in compliance with the obligations.

Also, NERC will put in place measures to address the operational challenges of the Discos which would include development of case studies to determine the level of load rejections in the network, development of investment plans with clear impact analyses for an increase in loan across the network and in metering, and ensuring regulatory measures were enforced.