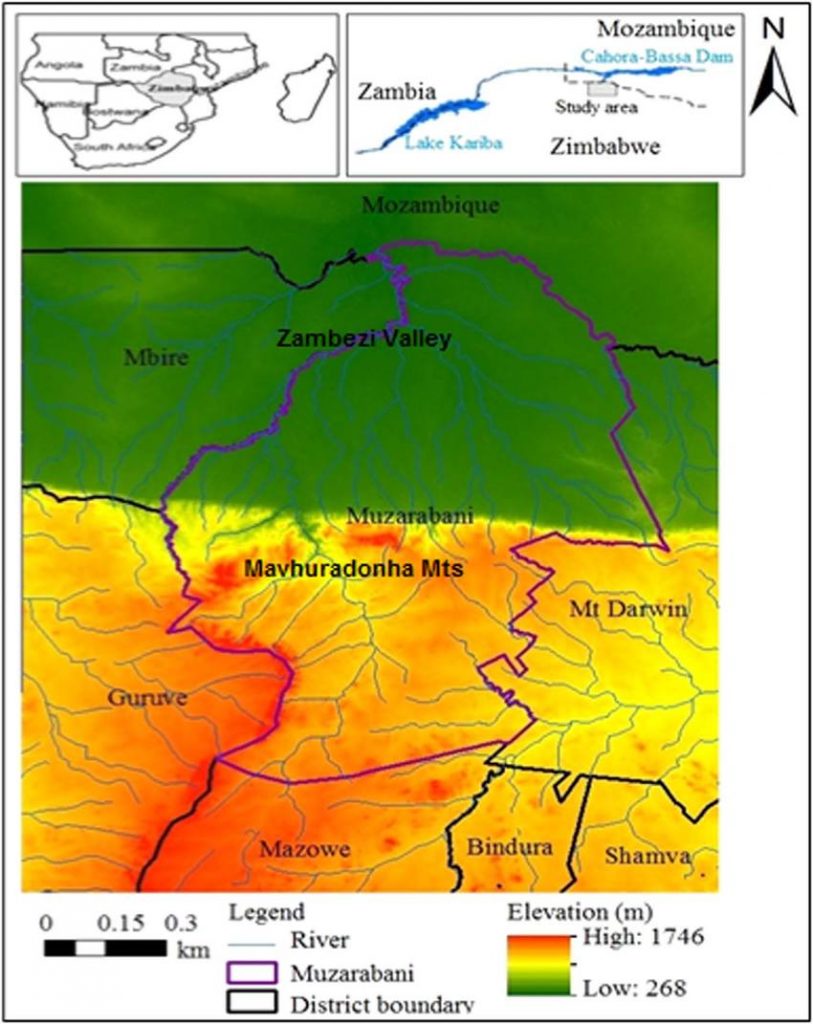 ZI: There are reports that Zimbabwe has discovered significant oil and gas deposits in Muzarabani in the Zambezi basin along the Cabora Bassa Basin. Are there any exploration records to back these claims?
SM: There has been no conventional oil or gas discovered in Zimbabwe at this stage. The Muzarabani area that Invictus and One Gas Resources are currently exploring has good potential to host conventional gas-condensate and some oil deposits.

The Cabora Bassa Basin contains all the ingredients for working petroleum system needed for a hydrocarbon accumulation to exist. This is source rock, which is organic material which generates oil and gas, depending on the type of environment it comes from; reservoir which hosts the oil and gas, once it has been generated; a trap for the oil or gas to accumulate in and a seal to prevent the oil or gas migrating to the surface. All of these elements exist in the basin; the remaining question is the timing of all these elements together and remaining intact over hundreds of millions of years. This can only be resolved through drilling an exploration well.
Mobil did an excellent job exploring Zimbabwe for hydrocarbons and gathered a significant amount of data during the five years they were in the country. At the end of their exploration programme, they concluded that there was more likely to be large amounts of gas rather than oil in the basin.

At that stage in the early 1990s, there was no market for gas in the region. The big Pande-Temane onshore gas fields in Mozambique that were discovered in the late 1950s and early 1960s still had not been developed by then and were only commercialised in the mid-2000s. So Mobil’s rationale was that there was no point in discovering more gas if there was no way for them to commercialise it. They relinquished their exploration areas and the data they gathered to the Zimbabwe government in 1994, where it has sat in stasis ever since.

Subsequently, over the last 25 years, it has become much easier to commercialise gas with gas-to-power schemes and LNG (liquefied nitrogen gas) has created a big demand for natural gas in markets that do not have their own indigenous gas supply. Oil prices back then were also around US$10 per barrel and so you had to find a very big oil field to justify the development and Mobil did not believe the potential was there to support the economics at those prices.

There have also been new discoveries in countries such as Uganda and Kenya, which have similar types of geological set-ups as the Cabora Bassa Basin, which was unknown at the time that Mobil were exploring there.
These countries had also been overlooked by the bigger companies who had also explored around the same time that Mobil were in Zimbabwe. Smaller companies with bigger risk appetites saw some potential that others did not and a junior Australian company, Hardman Resources, led the discovery of oil in Uganda in the mid-2000s. They did this by re-interpreting the data that other companies had collected before them and applying different exploration ideas and knowledge that ended up being very successful.

We are following a similar path at the moment by utilising the geophysical data that Mobil acquired by applying new processing techniques and computing power that has advanced significantly over the last 25 years to produce a better image of the subsurface than was previously possible.

The acquisition techniques for 2D (two-dimensional) seismic data have not changed much in 25 years and so we have not needed to acquire any additional geophysical data at this stage for our exploration programme.

We have had a team from Europe in the Zimbabwe Geological Survey for the last two months decoding the magnetic tapes that the seismic data is stored on and will begin reprocessing the data and then re-interpret it. It is like remastering old records or videos into high-resolution data that allows you to see the sub-surface images much more clearly.

The exploration records to back these claims were released to the ASX (Australian Securities Exchange) on November 5 in our Prospective Resource Estimate that was independently verified by Netherland, Sewell and Associates Inc (Nsai), which is a leading petroleum consultancy in the United States, who routinely perform these estimates for juniors like us and the supermajors as well. This independent estimate by Nsai was based on reports from Mobil and new reports from Invictus.

ZI: How long has Invictus Energy been working in Zimbabwe?

SM: Invictus has officially been working in Zimbabwe since June this year when we received our Zimbabwe investment license. However, our technical director Brent Barber actually ran Mobil’s exploration programme for them in the early 1990s and so we have a long history with the project.

ZI: Where else do you have operations and how big are they?

ZI: There are plans by Invictus Energy to sink an exploration well for US$20 million by 2020. Can you shed more light on the programme?

SM: We committed to carrying out an exploration programme which would first reprocess the legacy geophysical data and perform a new interpretation on it to see whether we could identify an exploration target that, if discovered, would be economically viable to produce.

ZI: What are the terms of the investment deal in Zimbabwe? Does the government hold any stake in the project?

ZI: When can Zimbabwe start realising the benefits of the project, assuming that the exploration results would support the commercial extraction of the deposits?

SM: Assuming success, typical timeframes from discovery to the first production is three-five years. It requires additional drilling to delineate the extent and properties of the field and then the development of processing facilities and associated infrastructure such as pipelines etc.

ZI: Does Invictus have the financial capacity to exploit the oil deposits if exploration supports commercial exploitation?

SM: We do have the financial capacity to carry out our exploration programme. In the event of success and we make a discovery, we will then be able to raise the additional finance to develop the project, as is commonplace in the industry.

Our board of directors have built companies from small natural resource explorers to large producing companies in many jurisdictions before and have chosen to focus their attention on Zimbabwe and invest here. We are able to raise money from the capital markets to fund our activities when required. We only required US$4,5 million for the first phase of our exploration and so there was no point in raising the additional money at that stage. We had overwhelming demand for the capital raise and could have raised multiples of that amount at the time.

ZI: According to your latest quarterly report, Invictus Energy did not have much by way of cash and cash equivalents. Where will the company get the money to finance the Muzarabani project?

SM: That figure is in thousands of Australian dollars, so the balance is actually AUS$3,869 million. At the moment we have excess cash for that requirement. When we arrive at the stage for drilling a well, we can raise additional money to finance the drilling cost through bringing in other partners or as we previously did, by raising capital to fund our current exploration program.

ZI: What is the shareholding structure of the Muzarabani oil project in Zimbabwe?

SM: Invictus holds 80% and One Gas Resources holds 20%. Invictus is fully carrying One Gas for the exploration phase of the project.

ZI: There are concerns that some international resource exploitation companies are in the business of using African resources for speculative purposes. How can we be sure that this particular project comes to fruition?

SM: As a publicly-listed company on the Australian Securities Exchange (ASX), we are bound to disclose all of our activity to our investors, which is publicly available.

In addition, we are required to uphold our license commitments for our special grant by the government through regular reporting of our activities and findings. We are accountable to both the government and our shareholders.

Invictus is an Australian-listed company that is run by Zimbabweans. Zimplats is also listed on the ASX, among many other junior miners as well. A public listing allows us access to the capital markets and is located in Australia allows us access to the technical expertise required for our exploration programme. Sadly, this expertise is not available in Zimbabwe at present.