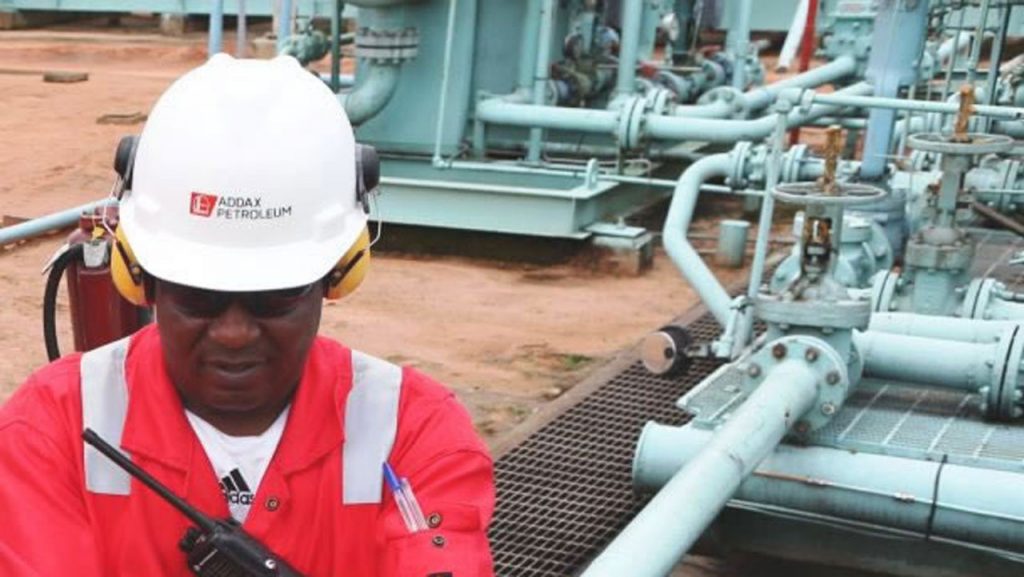 The strike, which commenced on the 16th of this month, involves 166 members of the association. It ,has entered day 11 with no sign of being called off soon.

SweetcrudeReports visited the firm located at 32, Ozumba Mbadiwe Avenue, Victoria Island, Lagos on Friday, and observed that activities around the place were at its lowest ebb due to the strike by the senior staff members.

The company’s car-parking lot which connects directly into its premises was scanty as few cars were seen adorning its ground.

Some of the few people seen going in and out of the company’s premises were approached, and they confirmed that the strike “is still strong because it is being embarked upon by the senior staffs”.

Those who spoke with SweetcrudeReports on the condition of anonymity due to the sensitivity of the matter said NUPENG members did not join in the strike in solidarity with their senior colleagues.

“There’s no way NUPENG would join,” one of our sources said.

When pressed further on why the association of junior staff did join in the strike, another source simply quoted the adage “when two elephants are fighting, it is the grass that suffers”.

“It is better for the senior staff to go on strike because, at the end of the day, it would be resolved amicably without anybody losing his job.

“But we are junior staff and can’t compare ourselves with PENGASSAN, else, we could lose our jobs if we are not careful,” another said.

When asked if they were any ongoing negotiation between the management of the company and the association, one said although there have been series of meetings held since the strike began, he could “not say whether or not any concrete agreement has been reached” between the parties.

“The strike is affecting our productivity because the quantity of manpower has reduced.

“Because the strike concerns the senior staff from whom we take orders, we have to wait, and only God knows for how long we have to wait. It’s affecting production because activities are almost grounded at offshore and onshore locations in Port Harcourt, Asaba, Warri and Izombe. Workers have withdrawn their services,” he said.

Indications emerged on Thursday that the workers were still on strike after SweetcrudeReports’ findings showed that the aggrieved workers are yet to go back to work.

The workers had gone on strike over “unresolved issues” and alleged impunity by the management of the company.

SweetcrudeReports placed a call to Addax Petroleum’s spokesperson, Kingsley Onoyom who refused to comment on the matter and was not willing to reveal the level of ongoing negotiation between the management of the company and the union.

“There is no comment right now from the management”, Mr. Onoyom said in a responding text message to SweetcrudeReports enquiry on Thursday.

PENGASSAN’s national President, Francis Johnson, also refused to comment after several calls and text messages were sent to his telephone number on Thursday.

Workers had on day-1 of the strike locked out the Senior Vice President/Chief Executive Officer of the company, Mr. Colin Klappa, when he arrived at the 32, Ozumba Mbadiwe Avenue, Victoria Island, Lagos office of the company to resume work, forcing him to meet with management staff outside the premises of the company as all entrance to the premises were also put under lock and key by protesting workers.

The company, which produces 30,000 barrels of oil from its offshore and onshore locations in Lagos, Port Harcourt, Asaba, Warri, and Izombe in the Niger Delta, will experience hitch in production until the end of the workers’ strike.

The chairman local chapter of PENGASSAN, Chris Ogiewonyi, said workers resorted to the indefinite strike as a result of failed and inconclusive communications between the union and management over alleged “culture of impunity against some of its officials.”

Mr. Agwu said the decision to embark on the strike followed the expiration of the ultimatum that the Association issued to Mr. Klappa led management team over the unresolved issues.

“The issues were reiterated by the Zonal Council of the Union on March 28, 2018. We notified management of the complete withdrawal of services of members effective 06.00hrs on Monday, April 16, 2018, for an indefinite time period. It is high time the culture of contempt and disdain for the association was stopped,” Mr. Agwu said.

As at last Friday, a report emerged that the striking workers were served a ‘no work, no pay’ threat, a move denied by Addax’s spokesperson, Onoyom.