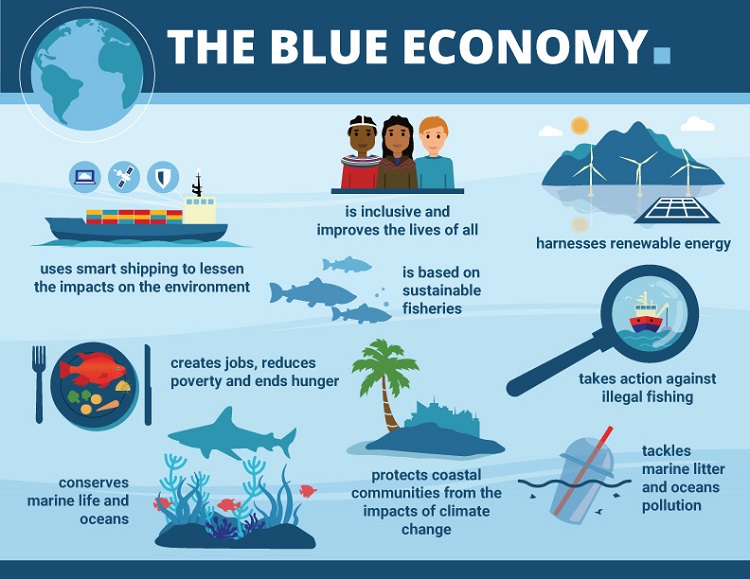 Lagos — A Non-Governmental Organization, NGO, African Marine Environment Sustainability Initiative, AFMESI has warned against the neglect of Ocean in the Deep Blue Economy initiative of the Federal Government, a development it says may negatively impact on the initiative.

Speaking at the Second Symposium of the group held at the Black Hotel on Victoria Island in Lagos, Founder of AFMESI, Mrs. Felicia Mogo said that the unhealthy sounds created by humans’ activities in the Ocean has made uncomfortable for some these marine and aquatic lives.

Mogo also said that this uncontrolled noise has made some them to moves out of the nation’s territorial and coastal waters.

She explained that the more noise there is in the ocean, the further these animals move away from their natural habitat.

She said “In Nigeria for example, we have lost a lot in the biodiversity because of the high level of ocean noise, they now leave their area and migrate to other places.

“So it impacts the biodiversity and it also impacts the environment itself due to diverse human activities and we are trying to make possible to carry out the impact of acoustic noise in the marine environment.”

Mogo, a former Director of marine pollution in the Nigerian Maritime Administration and Safety Agency, NIMASA, also said that Ocean Network of Canada is collaborating with AFMESI to carry out more research on the issue of acoustic noise.

“With this partnership, we are hoping to have their support to carry out researches in Africa because this is a Pan Africa organization, Nigeria is the based country and there are plans to establish offices across African countries.
And off course NIMASA is a critical stakeholder in marine environment, it is the focal point in marine environment and marine activities in Nigeria being the maritime administration.