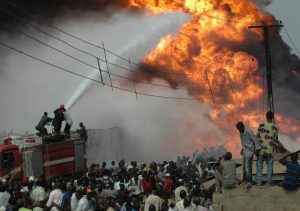 Lagos — Aiteo has announced the reopening of its Nembe Creek Trunk Line, NCTL, two weeks after the pipeline was hit by fire.

“Aiteo confirms that our emergency pipeline repair teams have successfully completed leak repair activities on all reported leak points on the NCTL.

“Consequently, all injectors have been advised to re-align and commence start-up formalities immediately and advise on their startup times,” Aiteo spokesman, Ndiana Matthew, said in an email message.

Aiteo, in declaring force majeure on the NCTL over the fire, had said the fire outbreak was discovered by the surveillance team, comprising the JTF, FSS around NCTL RoW near Awoba on Sunday, April 21, 2019.

It said the fire may have occurred through an illegitimate, third party breach of the functionality of the pipeline, and critical national asset.