ANALYSIS – How Nigeria loses N700bn from continuous shutdown of OML 25 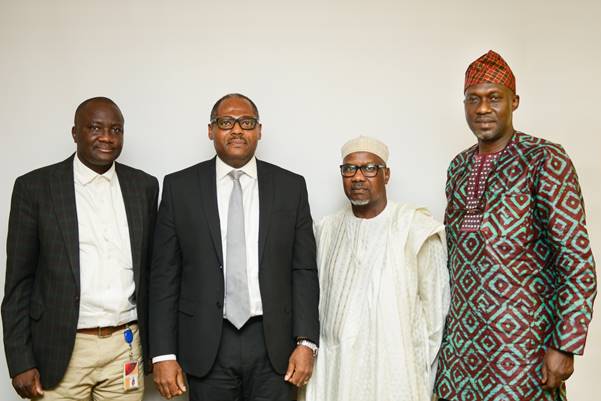 Port Harcourt — At $60 per barrel of crude oil, Nigeria has lost over N700billion from the continuous closure of Belema Flow Station and Gas Plant in OML25, operated by the Shell Petroleum Development Company, SPDC/NNPC Joint Venture, in Akuku-Toru Local Government Area of Rivers State.

Belema flow station which feeds crude and gas into Shell’s Bonny export terminal produces 45,000bpd and 50millionscf of gas per day has been under siege for the past 22months (674days) by indigenes of the host communities, over alleged neglect of the community by the oil multinational.

Natural gas is measured in the international market with British thermal units, MMBtu. Thus, 1000 cubic feet of natural gas is equal to 1.037MMBtu, whereas one Btu of natural gas according to Bloomberg Commodities is currently at $2.33. 50millionscf is tantamount to over 50billionBtu, which if multiplied by $2.33 at 674days, amounts to hundreds of billions of Naira.

OPEC basket on crude oil is $61 per barrel. Thus, 45,000barrels per day multiply by 674days at $61per barrel is over $1.8billion. This price does not include the fact that prices of commodities fluctuate in the international market, as natural gas went as high as $4 per MMBtu in 2018, while crude oil prices soared over $70 sometime in 2018.

But since August 7th, 2017, the host communities of OML25, otherwise known as the Belema field, have continued to occupy the premises of the oil and gas Flow Station, claiming that the company has neglected the people of the community, rather than making them feel the impact of oil production in their area.

As a result, SPDC had shut down its operation in the flow station and the entire OML25, for the safety of the occupants as the facility was a high pressured oil and gas plant. The flow station receives crude and gas from tens of wells in the oil block through pipelines, and when treated, these crude and gas are then sent by pipelines to Bonny terminal.

An investigation by SweetCrude Reports revealed that some prominent indigenes of the area are behind the occupation of the flow station, as one cow is slaughtered every week to feed the occupants, and stipends are paid fortnightly.

These sponsors, our correspondent gathered do not come out openly to interface with the occupants but pass through several organs of the community such as the Council of Chiefs and youth groups to fund the continuous siege on the said flow station.

“In this our Nigeria of today, who would leave the comfort of his or her home to occupy an oil facility without having something to gain from it,” One of the occupants said anonymously to our correspondent.

Meanwhile, SPDC still provides automated gasoline oil (diesel) for the community’s generator to ensure that the communities have uninterrupted electricity, as part of its social investment.

Rivers Councillors accuse Belemaoil of the funding crisis in OML25

However, some indigenes of the area have come out to accuse the President and Founder of Belemaoil Producing Limited, Mr. Jackrich Tein, who is also an indigene of the area, of being behind the siege on OML25, because of his interest in the said oil block.

Two Councillors in Rivers State have even petitioned Governor Nyesom Wike against an indigenous oil firm, Belemaoil Producing Limited, over alleged sponsorship of thugs to disrupt the operations of the Shell Petroleum Development Company, SPDC, in OML25.

The Councillors, Mr. Nelson Whoknows, and Victor Sam, representing Ward 15 and Ward 16 in Akuku-Toru Local Government Area of Rivers State, alleged that plans are underway by Belemaoil to attack all constituted authorities and communities who are not in support of his agenda.

According to them “We have been informed by the members of the communities in the two wards that President and Founder of Belemaoil, Tein Jack-Rich has hired thugs and militants from neighboring states to disrupt the operation and production of SPDC following the renewal of the company’s license to operate in the area.

“The thugs have taken over OML25, resorted to terrorizing the sea routes and vandalizing pipelines belonging to SPDC and AITEO.

“A meeting was held by some persons in the area where they agreed to shut down the operations of Newcross Exploration and Production Limited. The Councillors claim.

However, neither the management of Belemaoil Producing Limited nor its Founder and President, Mr. Jackrich Tein, has come out to deny or accept having interest in OML25 or funding the continuous siege on Belema flow station.

Meanwhile, the Shell Petroleum Development Company of Nigeria Limited has confirmed that the license for OML25 was renewed by the Federal Government for SPDC in December 2018, and would run for the next 20years.

SPDC General Manager, External Relations, Mr. Igo Weli, also confirmed that in-between these 22 months, there have been several engagements with stakeholders on OML25.

In 2017, when the facility was newly besieged by the community, SPDC had debunked allegations of neglect of Kula, Belema communities, saying that the company’s commitment to the welfare of host communities in the Niger Delta remains unshaken.

SPDC General Manager, External Relations, Mr. Igo Weli, explained that the company had implemented a Global Memorandum of Understanding in the area that led to a wide variety of social investment projects including university scholarships awards.

Weli stated that despite the challenging Niger Delta environment, SPDC JV set aside more than N600million for a five-year period beginning from 2014 for development initiatives at Kula and the satellite communities of Belema, Offoinama, and Boro.

He said a GMoU was eventually signed in 2014 for the Kula Cluster but has not been implemented because of continuing intra-community disagreements.

“As of 2015, there were a total of 11 court cases involving different groups with SPDC as a co-defendant in all of them. Sadly, these legal suits and disputes have rendered it impossible to implement more planned development projects in the affected communities.

“Notwithstanding that SPDC has divested its equity in OML 24, which covers most of the communities in Kula and Belema, the SPDC JV has continued to implement agreed Social Investment programmes such as scholarship and entrepreneurship schemes for the communities there.

“SPDC JV has also invested over N352 million in the improvement of school infrastructure, sanitation and health outreach programmes, construction of walkway for the community and electricity supply in Kula Kingdom in the past 10 years.

“The host communities of OML25, including Belema and Offionama have continued to benefit from contract awards, employment of unskilled labour and our social investment programmes, including a yearly award of regular and special scholarships to eligible candidates from the area. With the divestment of its interest in OML 24, SPDC relinquished operatorship of the facilities in that field.

Weli, however, advised people to follow due process in venting out their grievances and, not by occupying a gas facility and endangering their lives, as he said such agitation makes the Niger Delta region look like a society that was not ready for development.

He explained that the facility has to remain shut for the safety of the protesting occupants who have continued to lay siege on the facility, explaining that the flow station was not only a high-pressure oil facility but also a gas facility, which can cause explosion as the protesters had threatened to start cooking food inside the facility.

“The facility has been shut down following the illegal occupation; because even the people themselves, if something happens the narratives will be completely different.

“They won’t say they took a risk by occupying a gas facility and did something that they shouldn’t have done and then something happened.

“So let’s learn to follow the rules, there is due process to acquisition and divestment of assets. People should not circumvent the rules, that’s the only way to grow the society. There are many avenues including the structure and controlled processes. Societies that make progress follow due process in venting their grievances.”