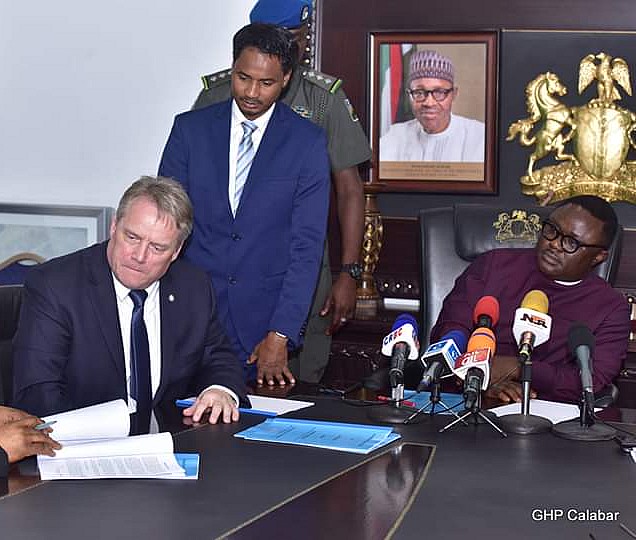 Port Harcourt — The Bakassi deep seaport project is inching towards reality with the opening of bid for its construction, as Belgium’s Antwerp Port International and CPCS Transcom of Canada, are now the two main bidders.

The bid opening which took place at the Cross River State Planning Commission, Calabar had the bidders participating through virtual zoom from Belgium and Canada.

The bid opening was witnessed by the Calabar Chamber of Commerce and Industry and the Civil Society Organisations, including the BudgetTransparency and Accountability Network, BTAN.

Ntamu, who is also the Chief Economic Adviser to Governor Ben Ayade, disclosed that the Public Private Partnership, PPP model of the seaport project has completely eliminated uncertainty about its completion. He also outlined the economic potentials of Cross River State.

“The beauty of PPP is that it takes away the anxiety of whether or not the next administration will want to carry on with the project. Once there are shareholders and stakeholders, it means that the project is already in the market place and this eliminates uncertainty factors. This is what the PPP model seeks to achieve.

“Cross River State Government is not necessarily bringing money to the table for the Bakassi Deep Seaport project. The money will be coming from highly credible international players in the maritime sector.

“That for us is the key strategy that His Excellency, Professor Ben Ayade foresaw when he came into office in 2015. And that is the way forward because most world economies today are private sector driven.

Also, the Director-General of Cross River Bureau of Public Private Partnership, Mr. Odiba Odiba, explained that the PPP model for the seaport project will be on the basis of design, built, operate and transfer.

“The private sector is the engine for driving economic development and that is basically what we are doing with the Bakassi Deep Seaport project.

“Whether or not His Excellency, Professor Ben Ayade will finish the project before his tenure runs out is not the question, the main thing is that we have a visioner, someone that opened the space and that person is His Excellency.”