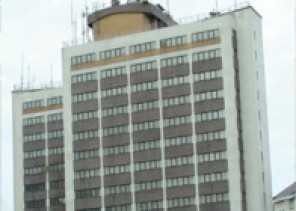 1 October 2011, Sweetcrude, Lagos – There was palpable fear of a possible bomb attack Friday on the Freeman House office of the Shell Petroleum Development Company of Nigeria (SPDC) on Broad Street, Lagos.

A report claimed that Shell’s management got information of the possible bomb attack on the office and immediately evacuated staff on duty.

The evacuation took place shortly before 1pm and the staff only returned to their offices after 3pm.
This was after the anti-bomb squads of the Nigeria Police Force were alerted and they had arrived to comb the building. They later certified it free of any hidden bombs or other explosives.

Repeated calls to spokespersons of the company to obtain an official reaction to this report proved abortive at the time of filing.