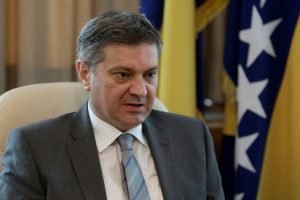 Sarajevo — The government of Bosnia’s autonomous Bosniak-Croat Federation plans to issue a tender in October to award oil and gas exploration and exploitation licences, it said on Friday.

The Federation, which makes up Bosnia alongside the Serb Republic, is offering investors the opportunity to search for hydrocarbon deposits in four blocks in the Dinaridi and Panonian basin regions covering an area of 4,591 square kilometres.

The exploration area has been estimated to worth up to $700 million.

Ahead of the tender the government will hold presentations for potential investors, starting in Sarajevo on Oct. 1, followed by Ankara, London and Montenegro’s coastal town of Budva, it said in a statement.
Also Read: Canada’s heavy oil exports to Asia from U.S. surge – data, traders

The Federation government revived a plan to award a licence in the Dinaridi area, put on hold after Shell Exploration, part of Royal Dutch Shell, pulled out of exploration in Bosnia in 2015 citing a changed energy environment.