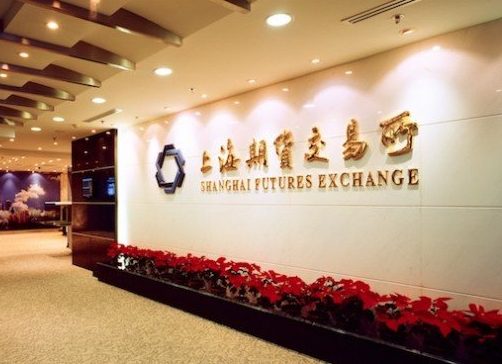 25 March 2018, Beijing — The launch of China’s yuan-denominated oil futures will mark the culmination of a decade-long push by the Shanghai Futures Exchange (ShFE) aimed at giving the world’s largest energy consumer more power in pricing crude sold to Asia.

The exchange said on Friday it had set the opening price for the front month of its crude futures contract launching on Monday at 416 yuan ($65.80) per barrel.

What are the concerns among foreign investors?
*Worries include how to freely exchange the yuan because of a Chinese clampdown on capital outflows, while some concerns remain about Beijing’s heavy handed intervention in its commodity markets in recent years, traders and analysts said.

The obligation to trade Shanghai crudes in yuan will also add a currency risk to the market, which some traders are reluctant to take.

*The Shanghai International Energy Exchange (INE), the unit of ShFE running the contract, has strict daily limits on the number of canceled orders allowed per account, aimed at curbing spoofing. This involves placing bids to buy or offers to sell futures contracts with the intent to cancel them before execution. By creating an illusion of demand, spoofers can influence prices to benefit their market positions.

For a larger client placing orders of more than 300 lots, equivalent to 30,000 barrels of oil, the limit is 50 a day. Users with smaller orders are allowed 500 cancellations.

That’s different to international exchanges, like the CME, which uses a ratio based on an investor’s traded volume.

On days when price volatility and volumes are high, overseas investors new to Chinese markets could get penalised if they exceed those restrictions as they try to adjust their positions, traders say.

*Chinese commodity futures investors do not typically trade steadily over the months, but instead pick specific months in which they deal. That could complicate efforts to trade spreads between Brent, WTI and Shanghai.

Take iron ore, one of China’s most-active futures markets: most of the more than 2.3 million lots of open interest are in May and September contracts, with delivery months in between ranging from tens of thousands of lots to in some cases fewer than 10.

In contrast, liquidity across the first five months of the Brent and WTI contracts is relatively evenly spread out, reflecting their popularity among hedge funds and other financial players, who like to trade month by month.

*There will be a 1.5-hour gap between the settlement and a price published by price reporting agency S&P Global Platts, which provides a price assessment for the region at 4:30 p.m. Singapore time in what it calls the Market On Close (MOC) process, which is closely watched by the industry.

What will happen during China’s national holidays?
Trading will stop for China’s week-long national holidays – Spring Festival and Golden Week – leaving the Shanghai market out of synch with the Western exchanges.

Shorter trading hours – with three slots each day – compared with almost 24 hours on Western exchanges mean the market may sometimes play catch-up with the rest of the world.

Who will use it in the domestic industry?
China has opened more than 6,000 trading accounts, including the country’s oil majors and about 150 brokerages. Ten foreign intermediaries have registered, including JPMorgan, Bands Financial, Straits Financial Services and other Hong Kong-based affiliates of domestic brokerages.

It will likely attract mainly ‘mon-and-pop’ speculative investors, who dominate the country’s other often volatile commodity futures markets from dates to iron ore, although transaction fees for crude are relatively high.

China’s independent refineries are more likely to process heavy crude instead of the medium-sour crude traded in futures, a Shandong-based crude trader said.

At least three independent refineries that are looking to use the contract for hedging also said they were unsure about delivery. Under the rules, buyers cannot choose a specific grade that will be delivered or the location of the warehouse for delivery.

How do foreign users open a trading account?
Foreign investors will need to open a non-residential bank account with one of the eight banks that handle margin deposits for yuan crude futures, according to INE.

Investors will need to transfer money from that bank account to an account opened with either a domestic broker or foreign broker or agencies registered with the INE. The broker will open two accounts with INE: one for margin deposit and one for settlement for foreign currencies.

What are domestic brokers doing to attract clients?
Many big and small brokers such as COFCO and Zhaojin Futures have waived their transaction fees to crude oil clients and will provide free consulting services as well as free training in a bid to win more customers, sources at brokers told Reuters.