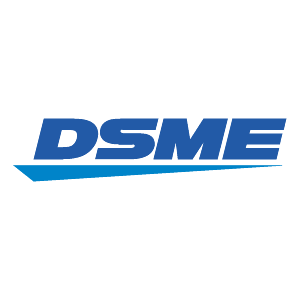 05 July 2012, Sweetcrude, ABUJA – The Federal government has signed a Memorandum of Understanding (MoU) with a South Korean company, Daewoo Engineering and Construction Company Ltd, to facilitate the production of 10,000mw of electricity projects in the country.

Daewoo has undertaken to provide 20 per cent equity in the various projects identified under the scheme, in addition to providing expert advice and guidance on electrical production and construction of power projects to companies wishing to do business in Nigeria under the agreement.

Minister of Power, Professor Bart Nnaji who signed on behalf of the Federal government, said that the MoU would change the old system of contractors coming to the country simply to work and get paid, rather, the investors will join in the expansion of the power sector.

“Today is a very important day for the relationship we want to create between ourselves and Daewoo, and the people of Korea,” Prof Nnaji said in remarks to flag off the signing ceremony.

“The President was in South Korea and he gave us an opportunity to reach your company and we agreed with your CEO that we would enter into a memorandum of understanding on how to work together and how your company would work with us to improve power supply in Nigeria,” he added.

“We are now making the power sector attractive for investment by international investors,” he said to the visiting Daewoo team members, adding that it was now hoped that they would not only execute contracts but also invest in the power sector under the MoU.

President and Chief Executive Officer Daewoo E and C, Mr. Sang-Real Kim, signed on behalf of his company.
This is the fifth MoU to be signed by the Nigerian government and various international investors since the launch of the Nigerian Power Reform Road Map on August 26, 2012.

The FG had previously signed an MoU with US Exim Bank to provide a $15billion credit to the Nigerian power sector and with Siemens of Germany to assist in the provision of 10,000MW of power generation infrastructure in the country and 10-15 per cent equity in new power generation stations

MoUs were also signed General Electric of the United States and Electrobras of Brazil under identical terms with the one signed with Siemens.

Meanwhile, the Federal Government has insisted that it is going ahead with the full privatization of the power sector including the transfer of all former staff of the Power Holding Company of Nigeria, PHCN, to the successor companies.

The Director-General of the Bureau for Public Entreprises, Mrs. Bolanle Onagoruwa, recently told journalists in Abuja that the Bureau has almost completed work towards easing fresh bidding process within the sector.

According to her, “We are now responding to the documents that have been sent so that by the time they get the actual bid process, we won’t spend too much time trying to negotiate documents, that would have been done and that’s the process that we are doing right now.

“Before the end of July, we would have reached that process. We have gone far. We are now at the phase of sharing what we call industry documents to the investors. We have sent the first set of industry documents, all the legal agreements to the investors; they come back with their comments. We are now responding to the comments and the documents so that by the time we start the bidding process, we won’t spend too much time on documents.”

Onagoruwa noted that there have been challenges in the process noting, however, that the Bureau has met with them every step of the way. “We have made significant progress in terms of dealing with outstanding issues, dealing with labour, getting labour to do the biometrics and you can see that the process is very much now at full speed. We do believe that at the end of this year, this process would have been completed,” she stated.

She added that, “With the conclusion of privatization process with regards to PHCN, it means that the workers will start to work with the new investors. That is the transition process that would indeed take place. Apart from that, we have just done the biometrics and we have an idea of how workers there are and we have to determine how much is payable. The staff would definitely be transferred to the companies.

“It is an ongoing process. What we have left now is the headquarters staff which needs to be done now as part of the process,” she added.