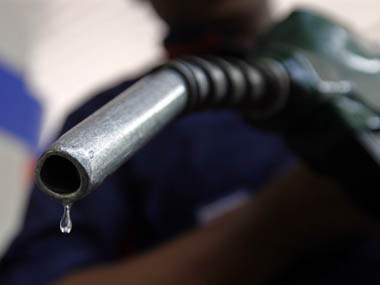 *A worker holds a fuel nozzle at a petrol pump

Port Harcourt — The scarcity of Automotive Gasoline Oil, otherwise known as diesel, has struck Port Harcourt, the Rivers State capital and its environs.

Checks by our correspondent revealed that most filling stations along East-West Road, Aba Road and Airport Road do not have diesel.

While only few filling stations are dispensing diesel between N740 and N800 per litre, some filling station managers said that the hike in the price of diesel will likely affect the cost of premium motor spirits in the coming weeks.

A station manager identified if Ejike, said there has been scarcity of diesel, has be has not been able to load the product for some days now, while calling on the government to urgently intervene.

According to him, “The government must do something. For over five days now, we have not had a single drop of diesel. Some people buy at lower price to resale at higher price but now the scarcity of diesel has risen.

“Even at the depot, diesel is expensive. So we are appealing for he government to reduce this scarcity. Because even fuel tankers uses diesel not petrol.”

Meanwhile, the Independent Petroleum Marketers Association of Nigeria has blamed the rising cost of AGO on foreign exchange rates, as well as the non functioning of the nation’s four refineries.

“Foreign exchange rates affect us here. Importers are not able to get dollars at government rate. So foreign exchange rates is very predominant in the importation of petroleum products into the country.
That is why NNPC has become the sole importer of PMS, because of forex.

“Also international conflicts between Ukraine and Russia, it is also affecting some of these ships that are coming to Nigeria with products. They incurred durmerage either for waiting for peaceful way passage into the waterways of Nigeria.

“If we are able to put up our refineries and refined our crude oil locally, we can even export these refined products and gain foreign exchange.”