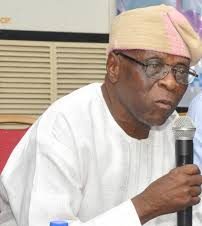 Lagos — Following  the recent drop in the nation’s Gross Domestic Products, GDP, the Nigerian maritime industry has recorded an increase of about 400 percent in freight rate particularly on Nigerian bound cargoes.

Speaking to Sweetcrudereports on the development, the Chairman Port Consultative Council, PCC, Otunba Kunle Folarin has said that the drop will not impact on the maritime industry but the entire transport sector.

Folarin also said that before now the maritime sector has been affected by the lockdown accessioned by the CONVID-19 pandemic because the sector is very operational area that cannot be operated from homes.

He explained that the sector was not operating optimally until the lockdown came and worsened the situation adding that the link between the international space and domestic space when it comes to maritime and this space has also been affected.

He said: “There is a link between the international space and domestic when it comes to maritime for example, let us look at the upstream of the maritime, the upstream is international shipping which is the port and the downstream is the Customs, terminal operators and players in that space.

“Some of these areas are affected, for example the haulage businesses were affected because the lack of infrastructure like roads and rail mode of transport is also not there as far as the movement of cargo is concern.

“Specifically, the sector has been affected up to 50 percent when you put that into the domestic output that made up the GDP then you will know that out of the 6.1 drop, then it must have taken a big chunk.

“When you say that the GDP has dropped by 6 percent, it getting lower than it was before now, do not forget that our import dropped because there was no foreign exchange to support import because of the drop in oil receipt, the foreign exchange crashed, as at yesterday, at the parallel market, the Dollar is going for N475.00 as against N360.00

“In effect also most 50 percent value has dropped from the foreign exchange capability. So when you relate that to our import capability, it shows a big drop.

The summary of all these is that the economy is gradually going into recession there is no doubt about that and there is no intervention in by government to shore up the Dollar.

Now that the Central Bank has officially raised the import value from N360 to the Dollar to N389 that is for approved import but for the parallel market, it has raisen from N390 to N475 to the Dollar.

“What that means is that if you import now, depending on where you sourced your foreign exchange, it means that more than 10 percent has been lost officially, if you go through the parallel market you are talking about 50 percent increase in the amount of Naira that you will need.

“So when you translate into the market, then you can see the inflation that will follow.

“That is one part, the second part is that the freight rate has been hiked up by 400 percent and this does not include the surcharges of Nigerian Banks.

He warned that if the Dollar rate is let loose, it could go beyond N500 to the Dollar.

In his reaction, the President of National Association of Stevedoring Companies, NASC, Mr. Bolaji Sunmola agreed that the economy is heading towards a recession adding that Nigeria does not have the capacity to produce and buy these products is not there.

Do not forget the fact people are getting out a situation where the economy was almost locked down. Basically, this is going to affect spending power because the concentration will on survival and not on things that are productive. So we are going to have production drop, employment issues and all that.

“This could be the trend until when the indices and figures are reversed in the next six or so months.”

The Executive Secretary of the Nigerian Shippers Council, Mr. Hassan Bello said that the fall in the GDP is expected following the outbreak of the Corona Virus pandemic which affected virtually other economies of the world.

He disclosed that cash will become scarce adding that government should ensure that cash is made available for Nigerians.