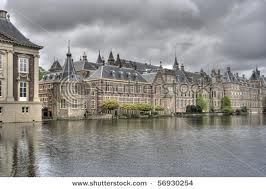 15 October 2011, Sweetcrude, ROTTERDAM- A member of Dutch Parliament, Sharon Gesthuizen, has called on The Netherlands Government and the European Union to think again on the travel advisory on Niger-Delta, saying the oil-rich region deserved support in terms of massive infrastructural development and economic empowerment of the people, and not restriction from the international community.

Head Horn of Africa, East and West Africa, Ministry of Foreign Affairs, The Netherlands, Mr. Michiel Bierkens, however, said it would not be easy for the Dutch government to change an EU policy on the Niger-Delta, but the Dutch Embassy would, within the boundaries of the law, cooperate with Nigeria and dialogue with other stakeholders on the way forward for Niger-Delta.

Both of them spoke at an international conference, organized by the Hope for Niger-Delta Campaign, HNDC, led by Comrade Sunny Ofehe, on the “Success and Challenges of Nigeria Government Amnesty Programme: Role of International Community” at Rotterdam, The Netherlands, weekend.

Special Adviser to the President on Niger-Delta and Chairman of the Presidential Amnesty Programme, PAP, Hon. Kingsley Kuku fired the first salvo on the matter, last Monday, in Paris, France, when he met with the French Institute of International Relations, IFRI, a powerful European think tank and other French government officials.

He upped the ante at a strategic meeting in Brussel, Belgium, with members of the European Parliament, two days after, where he insisted that the travel advisory, spearheaded by Britain, should be rescinded or oil multinationals “collecting oil per second, per second like those in the communication business” from the bowels of the Niger-Delta should leave until such a time that the security situation in the region would be considered safe for business.

Kuku’s argument, which had elicited applause from Nigerians across the globe, was it was hypocritical for Britain and other European countries to be collecting oil from the Niger-Delta region and telling their nationals at the same time not to travel to the same place and invest for its development on grounds of insecurity.

Aligning herself with Kuku, the Dutch parliamentarian, Gesthuizen asserted the EU would not rightly claim to be supporting the post-amnesty programme if the travel advisory was not revoked.

She urged The Netherlands government to open up to the Niger-Delta by facilitating issuance of travel documents and embarking on development projects in the region.

Mr. Bierkens reiterated that complaints about visa was not new to the Dutch Ministry of Foreign Affairs, pointing out that The Netherlands government does not have a policy to deprive Nigerians of travel document.

He stated that as much as possible, The Netherlands Embassy in Nigeria was doing its best to be visitor-friendly, but would operate within the regulations of the European Union.

Former national president of the Ijaw Youth Council, IYC, and member of the Presidential Amnesty Programme, Dr. Chris Ekiyor, pointed out that the Federal Government was funding the programme and the Amnesty Committee was not asking for funds to train ex-militants, but opportunity to access internationally certified training institutions in The Netherlands and other European countries to train the ex-combatants in their chosen careers, which would be impossible without issuance of visa.