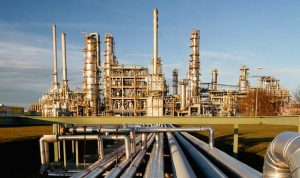 Paris — France’s CGT oil sector workers union plans to step up a nationwide strike but will leave the decision over whether to halt production at refineries for workers to decide early next week, a CGT union official said.

The CGT union has been at the forefront a two-week nationwide strike against a planned government reform of France’s pension system.

CGT said it is against the reform and will not call off the strike, or suspend it during the Christmas break unless President Emmanuel Macron’s government drops the plan.

Although strikes by the oil sector workers have disrupted supplies of refined products to petrol stations, they have so far not called for a halt in production at refineries.

Union leaders of the petrol branch held a meeting on Friday, after the main confederation rejected the government’s latest proposals on Thursday to break the deadlock.

Thierry Defresne, a CGT official told Reuters that oil sector workers will intensify the strike from Monday, and members will hold assembly meetings at each site to decide whether to halt production.

“The decision to halt production at (Total’s) Grandpuits refinery was postponed until a general assembly meeting at the refinery on Monday 1300 GMT,” he said, adding that the refinery was producing at minimum capacity because its storage tanks are full due to the strike blockade.

Defresne said around 20,000 cubic metres of refined gasoil will be allowed to leave the refinery by pipeline on Friday evening to free up some space in the tanks.

Other refineries were waiting for Grandpuits signal and would halt production if Grandpuits votes to do so, he added.