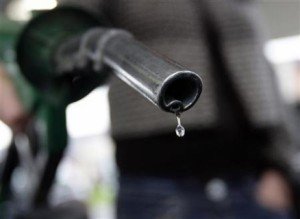 22 December 2017, Sweetcrude, Abuja — The Department of Petroleum Resources (DPR), Friday, accused petroleum marketers of frustrating the Federal Government’s effort to end the fuel crisis, stating that it has fined three petrol stations N30.5 million for hoarding and diversion of petrol.

Addressing newsmen in Abuja, Head of the Public Affairs Unit of the Abuja office of the DPR, Mr. Mohammed Saidu, stated shortly after the DPR concluded its round of inspections on petrol stations in Abuja and its environs, about 129,000 litres of petrol were found to have been diverted by marketers within Abuja region.

He disclosed that since the inception of the fuel crisis, the DPR had introduced more teams and some kind of intelligence unit that liaise with the public to get us information for on-the-spot checks.

He said, “When we went out today, we discovered some stations have actually diverted products and they take products to filling stations, discharge one or two compartments in the presence of the Civil Defence, and thereafter take the products somewhere.

“We now have an intelligence measure that ensures that even if one litre of petrol is diverted, the station is penalised. We have a way of tracing it and through this means, we were able to get to Bulasawa, that remote area behind the National Assembly and a station there diverted 13,000 litres and they have been issued letter to pay N3.575 million to the Treasury Single Account (TSA) within one week before they will continue their business, and whatever products that were there, we allowed them to sell them off on the spot so we don’t compound the issue of scarcity.

“At Bulasawa, we traced the product to one of its stations on Kaduna Road, the remaining 33,000 litres, and as far as we are concerned the products were not allocated to that station, so he has to pay the N3.5 million fine.

“We also got to Oando on Olusegun Obasanjo Way, they also diverted 11,000 litres which means out of the three compartments of the 33,000 that was consigned to them, they took away one compartment, and they have been issued a letter to pay about N12 million into the TSA, we got another station that diverted 15,000 litres and they have been written to pay N15 million to the TSA.”

Continuing, he said, “We got to one station – Toniset, along the Zuba Junction. They applied for formal renovation, they are doing renovation and we were surprised they were given two full load trucks of products without any place to dispense the product. We had to trace the two trucks to PPMC to ask how they allocated products to a station that is under construction,” he added.

“If the PPMC consign products to only stations that have a physical presence, we’re sure the scarcity would end soon. In the past weeks, we have visited about 360 stations in Abuja, out of which 157 were found to be selling. Those few that we found that had products that were not selling, we stationed our staff there to make sure they sold, and they are about 20 stations. We made sure the products were exhausted and took them out of the priority list of the PPMC for product consignment.”