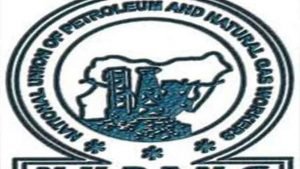 Recall that PTD branch of the Nigerian Union of Petroleum and Natural Gas Workers, NUPENG, embarked on a strike in Rivers State in protest against harassment by security agents and taskforce, a situation which brought untold hardship to motorists and commuters as petrol price jumped to N300 per litre at fuel stations, and N700 per litre at the black market in the state.

The PTD-NUPENG had often complained of harassment, extortion and impounding of members’ trucks by security operatives, including the Police; Economic and Economic Crimes Commission, EFCC; Army; and taskforce operating in three local government areas in the state.

The suspension of the strike came after a meeting convened by the State Commissioner of Police, Friday Eboka and attended by officials of PTD, NUPENG, the Rivers State Ministry of Energy and Natural Resources, as well as other stakeholders.

The suspension of the strike was conveyed in a communique signed by Chinda Ejims, who represented the PTD branch of NUPENG and seven others, including the representatives of Emohua, Etche and Ikwerre Local Government Councild as well as the Nigerian Midstream and Downstream Petroleum Regulatory Authority.

The statement read: “The Commissioner of Police, Rivers State Command, appealed to the Executive Chairmen of the various Local Government Areas to apply human face in enforcing the provisions of the Rivers State Traffic Laws with regards to parking of vehicles on the road beyond six hours, to accommodate any technical or mechanical failures that may arise.

“Going forward, PTD NUPENG were advised to educate their members on the need to report any mechanical breakdown of their trucks to the nearest Police Station in the event that the repairs may exceed the six hours provided for by the law.

“The Commissioner of Police Rivers State has directed that all trucks with clean bill of health from the report of NMDPRA should be released today, unconditionally while owners of Product that failed the test will be prosecuted at the end of investigation”.

The Commissioner of Police, in the communique, stated that the resolution of the stakeholders’ meeting will be communicated to other sister security agencies (EFCC and the Nigeria Army) not represented at the meeting.

The communique also stated: “That the Commissioner of Police has promised to intervene on the issue of the truck impounded by IGP taskforce on illegal Bunkering to ensure justice prevails.

“The PTD NUPENG has promised to suspend their strike action today, after the necessary consultation on the outcome of the meeting.”