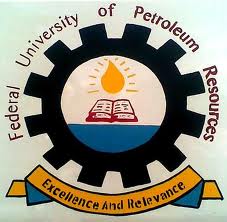 Prof Alabi who confirmed to Saturday Vanguard when contacted on phone that he had taken over his office as vice chancellor in accordance with the directive of the Federal Government, however, said he did not break into the school as was being speculated.

His words, “I did not force my way in, I came here with about 20 mobile policemen provided by the Federal Government to resume duty, I did not break into the school”

The tension in the institution over supposed unlawful recall of Prof Alabi and the registrar, Dr. L.O Onwuka by the Minister of Education against the decision of the Governing Council further escalated, yesterday, when the vice- chancellor stormed the school at about, 6.00 am .

From Prof Alabi statement, it was clear that Prof Osazuwa had not handed over to him , as the latter appears to b waiting for clear-cut direction from the Federal Government on the way forward since the Minister had no powers to veto the decision of the Governing Council of FUPRE.

But Prof Alabi was not perturbed as he told Saturday Vanguard, “Yes, I have resumed duty, the situation is calm, my staffers are around, we have held meetings today, I have been quite busy”.

He said the university was not at any time shut down and so, management had issued circular asking workers who were still interested in working in FUPRE to report for work on Monday

The vice chancellor claimed that some of the workers reported for duty, Friday, and he believed that by Monday, more would resume duty.

Prof Alabi also denied that he sent the police to arrest people, saying, “I am not the one that will teach the police how to do their work”.

Chairman of ASUU, FUPRE, Dr. Akpofure Rim-Rukeh told Saturday Vanguard that the work –to-rule embarked upon by the workers was not a formal strike action, but the workers still stood on their position that the vice chancellor should observe his accumulated leave as ordered by the Governing Council.