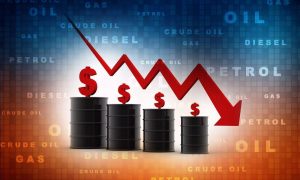 New Delhi — India will only withdraw its windfall tax introduced last week for oil producers and refiners if global prices of crude fall as much as $40 a barrel from present levels, Revenue Secretary Tarun Bajaj told Reuters on Monday.

The tax on firms that have increased product exports to gain from higher overseas margins took effect on July 1, as the government moves to boost domestic supply and revenue.

The taxes, and some accompanying export curbs, will hit the earnings of companies such as Reliance Industries, Nayara Energy, which is partly owned by Russia’s Rosneft, the Oil and Natural Gas Corp, Oil India Ltd and Vedanta Ltd.

“The taxation would be reviewed every 15 days,” Bajaj said, adding that it would depend on international crude prices. “If crude prices fall, then windfall gains will cease and windfall taxes would also be removed.”

The government believes such windfall gains will cease once prices fall $40 from existing levels, Bajaj said.

Brent crude futures slipped on Monday to about $111.27 a barrel, as fears of a global recession weighed on the market even as supply remains tight amid lower OPEC output, unrest in Libya and sanctions on Russia.

Bajaj did not provide any estimate of the revenue increase for the government from its windfall tax move.