Lagos — While some of the largest oil & gas producers have lowered their emissions in line with sustainability goals, GlobalData notes that a large portion of those reductions come from divestments. The leading data and analytics company forecasts global production will increase by 8% by 2026, and says that more needs to be done to ensure methane emissions do not rise with it.

Miles Weinstein, Energy Transition Analyst at GlobalData, comments: “When emissions are reduced by divestment, those emissions have not disappeared but simply moved around. Emission intensity has been reduced in many cases, but, in the face of increasing production, more efforts will be necessary to meet national and international climate targets. After all, the oil & gas industry is responsible for around a quarter of methane emissions globally.”

GlobalData’s latest report, ‘Methane: The Low-Hanging Fruit of Emissions Reduction’, reveals that Hilcorp Energy has been the largest methane emitter among upstream operators for the third year in a row, with reported CH4 emissions at 3.4 Mt-CO2e in 2020, and has the highest emission intensity among top emitters, at 11 Mt-CO2e per barrel of oil equivalent per day (boed). Meanwhile, Energy Transfer, a midstream company, is the largest emitter overall with 6.1 Mt-CO2e. 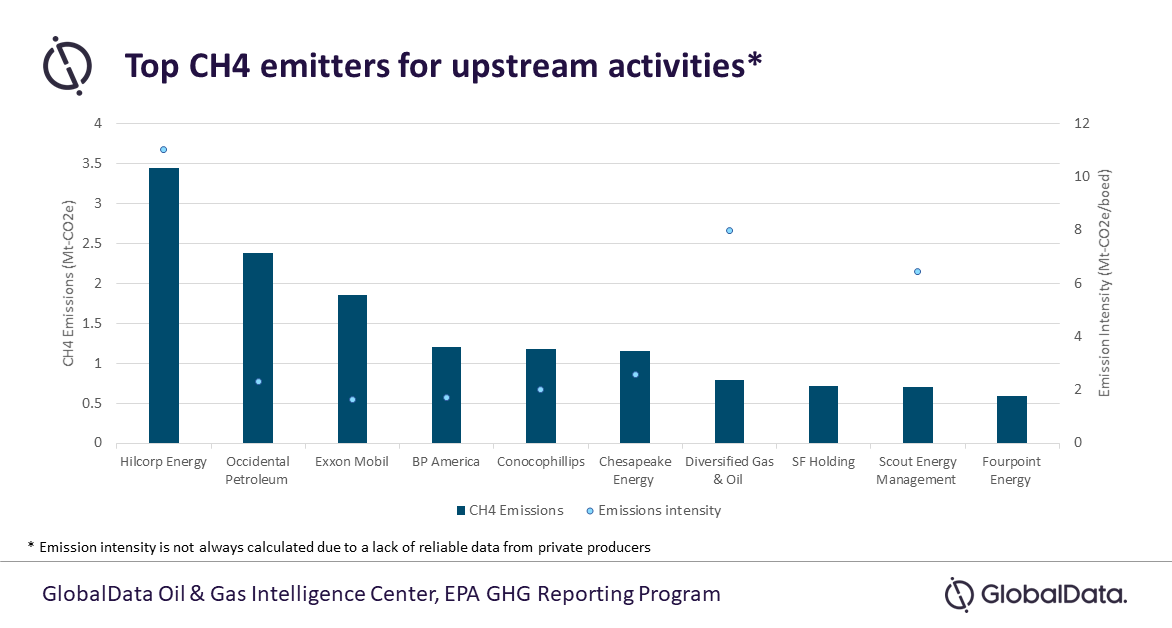 Weinstein continues: “Hilcorp’s emission intensity tripled in 2017, the same year a large number of wells were acquired from ConocoPhillips. Meanwhile, ConocoPhillips’ emission intensity decreased 50% that year. Other companies have shared similar strategies that rapidly reduce their own emissions without greatly affecting the net total. However, many of the same companies do have plans in place to make real emissions reductions using technological improvements.”

The US is the second-largest methane emitter from oil & gas operations, at 12.3 Mt, under Russia, at 12.9 Mt. Studies have suggested that the scope of the methane problem is larger than government reports have led people to believe due to the limitations of current measurement techniques.

Weinstein continues: “While the US has below-average emission intensity, there is a lot of room for improvement. The good news is that solutions to drastically reduce emissions are available today – in some cases at zero net cost or even net profit.” 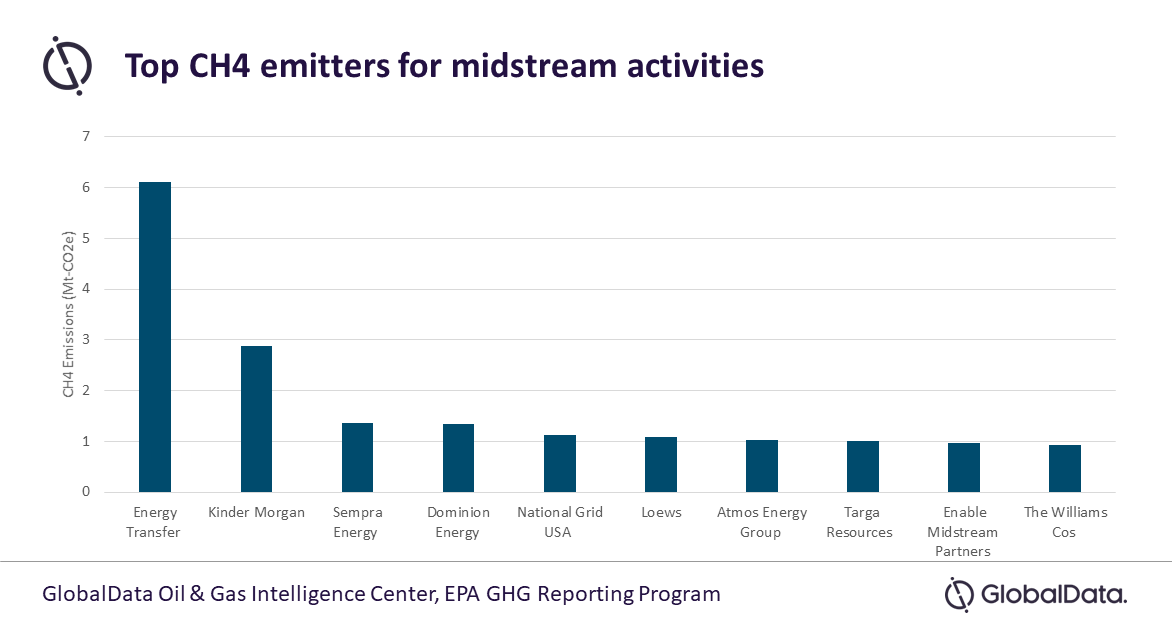 In the US, an estimated 21% of oil & gas methane emissions could have been abated at zero net cost or net profit in 2020. The emission abatement measures mainly include methods of capturing gas that would otherwise be vented to the atmosphere, and replacing gas-powered pneumatic devices with electric ones. The gas saved can then be used or sold, reducing costs or bringing revenue.

Weinstein adds: “If gas prices continue to rise, so will the portion of emissions that can be economically abated.”

The sector activities responsible for most of the emissions are oil & gas production, gathering & boosting, and natural gas distribution. Much of it originates from gas venting from various equipment types, and equipment leaks.

Weinstein, continues: “Offshore oil & gas and onshore crude oil production are the sectors with the most potential for low-cost emissions abatement, in part due to their lower production of natural gas relative to oil. Meanwhile, onshore gas and downstream operations would have higher average costs, as natural gas has a predominant role in production, transportation and processing.”

With the recent announcement of the Global Methane Pledge at COP26, the US Environmental Protection Agency (EPA) released proposed rules to regulate methane from existing sources for the first time. The regulation includes monitoring and fixing of leaks, especially where large leaks are likely, as well as regulations and emission limits on specific equipment. The regulation is expected to reduce methane emissions by 74% from 2005 levels by 2030. If approved, it would take effect in 2023.

Weinstein adds: “The proposed regulations have much wider coverage than current ones, which applied to new sources only and did not result in significant reductions. The new regulations take a performance-based approach in some cases by allowing companies flexibility in the methods they use to meet the requirements. This is thought to be ultimately more effective than a prescriptive, one-size-fits-all approach. Thus, real progress on methane reduction is likely if the regulations are approved.”