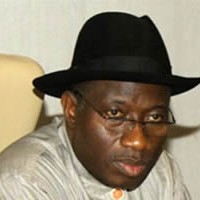 30 September, 2011, Sweetcrude, WARRI- MILITANTS, under the aegis of Niger-Delta Liberation Force, NDLF, Friday, washed their hands of the plot by Movement for the Emanicpation of Niger-Delta, MEND, to ruin the 51st Independence anniversary celebration in Abuja.

NDLF, in a statement, signed by its spokesman, “Captain” Mark Anthony, the group condemned the plan saying MEND had outlived its usefulness, as it was no longer representing the interest of the people of Niger-Delta.

“The leadership of Niger Delta Liberation Force (NDLF) hereby categorically states that the purported threat of bomb blast on 1st October, 2011 to mar the 51st independent celebration from the Movement for the Emancipation of Niger Delta (MEND) does not represent the interest of the good people in the Niger Delta struggle and we, NDLF, a very strong organization, condemns the threat of MEND to target the October in dependence celebration.”

“We challenge MEND to withdraw from its planned action, if it has genuine interest for Niger Delta people. You cannot claim to be fighting for Niger Delta people and poor Nigerians and go about roasting the same poor people with bomb blast. This similar bomb blast, last year, that MEND claimed responsibility at Eagle Square, remains a point of suspicion among key former MEND commanders”, the statement read in part.

According to the group, “If for any reason, an organization like MEND which is the symbol of Niger Delta armed struggle detonates a bomb during the independence day celebration on the excuse that Nigeria is not worthy of celebration with a Niger Delta man as President of the federation, then, it is clear blackmail on the current administration being sponsored by opponents of the administration.”

He said NDLF members, who were former operatives of MEND, dumped the later because of the bomb blast, last year, in Abuja during the Independence anniversary celebrations.

“We were all very strong members of MEND. But the 2010 October Abuja bomb blast which MEND claimed responsibility brought about our separation. We were made to believe that MEND had been infiltrated by northern oligarchs who dictates the pace of the organization. That is why we created NDLF to champion the Niger Delta struggle,” he added.

“Nigerian government had been celebrating independence anniversaries, the infamous General Ibrahim Babangida and General Sanni Abacha eras did not have bomb blasts as a means of protest against the blood- thirsty military dictators. NDLF will continue to throw her weight behind President Goodluck Jonathan, in spite of the fact that President Goodluck Jonathan used Ayakoromor people and NDLF soldiers as scape-goats by slaughtering them through JTF soldiers to boost his campaign.”

“When it goes to the northern Boko Haram killer sect, President Goodluck Jonathan decided to play double standard by treating Boko Haram as sacred cows, claiming not to rule Nigeria like Pharaoh. Where you a pharaoh when you sent JTF to air-raid Ayakoromor? We are watching and the world too is watching’, the NDLF said.