*Experts say $70 oil around the corner 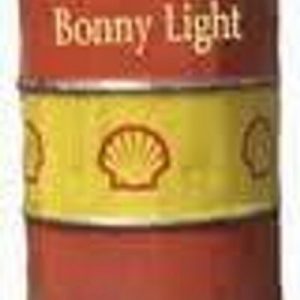 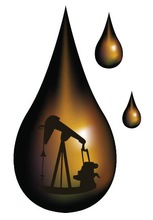 Lagos — In the week ahead of Nigeria’s delayed presidential and national legislative elections, the nation’s crude saw a downturn in the international market.

The postponement of the elections from February 16 to 23, made things worse.

Uncertainty caused by the elections delay cost the nation lower crude oil sales at the international oil market. The postponement of the elections also resulted in longer-than-expected delay in the release of loading schedule for April, affecting prices.

Angola’s crude grades for April were almost sold out as at the weekend of Friday, April 22, while Nigeria still had over 10 cargoes from March schedule unsold.

Also, Nigeria’s April loading was as at then yet to be released due to the same issue of the elections delay.

The Angolan crude also found more support due to U.S. sanctions on Venezuelan and Iranian exports. Sonangol, the Angolan state oil company, sold three cargoes in the spot market during the week, after allocating 12 cargoes to term buyers soon after the April programme was issued. No single cargo was left of the country’s April schedules. But, Nigeria was able to sell only three of its March 15 cargoes.

According to market reports, many tenders for Nigerian grades were on ground, unattended to, as sellers were not showing offers due to uncertainties surrounding results of the elections.

Nigeria’s Qua Iboe was valued at a premium of around $1.80-$1.90 a barrel as against previous selling of above $2 per barrel, indicating a not-too-strong market.

The situation was to pick up for the Nigerian crude in the last week of February. The overhang of the Nigerian crude for March loading was dwindling by Friday March 1, while the Angolan market remained quiet after most April cargoes found buyers.

The number of Nigeria’s unsold March cargoes had fallen to less than 10, from as many as 12 estimated on February 20.

Trading of April cargoes was expected to pick up by the first week of March as traders return to their desks following an industry event in London .

Some sellers of Angolan crude, including state oil company Sonangol, were sold out after strong demand for April-loading cargoes.

Industry observers saw potential pressure on the Nigerian market coming from a rise in supply from Libya, where there had been progress towards reopening the country’s largest oilfield, El Sharara. Despite progress being made towards a restart, the field, however, remained shut during that week.

$70 oil price around the corner

“We think more critical and bullish determinants of the oil price and oil price volatility in the year ahead are worth reviewing,” Barclays wrote in a March 3 report, quoted by Oil Price report. While there are plenty of signs that the global economy is slowing – weak car sales and manufacturing data from China, flat growth in Europe, and a slowing GDP rate in the fourth quarter for the U.S. – oil demand has held steady, it also stated.

The main source of uncertainty and oil market instability this year, Barclays said, is how OPEC+ responds to U.S. government policy. That’s a tricky conclusion since U.S. policy, as well as the decision-making process, is itself impossible to predict. But while many other analysts have argued that Trump’s actions are increasingly one of the major sources of uncertainty in the oil market, Barclays says OPEC will carry more weight.

“We retain our more bullish view of $70 Brent for the year, but we are not taking it easy like President Trump and Minister Al-Falih and see new risks to the downside. We think the biggest source of uncertainty for oil markets this year is not the US, but OPEC’s response to US policy decisions,” Barclays said. The bank says that there is a “tight price range where both are happy.”

Also, Goldman Sachs expects OPEC to succeed in clearing what is regarded as excessive oil supply by April, when the latest production cut deal will be reviewed at a meeting of the organisation and its allies led by Russia.

Goldman’s commodity chief Jeffrey Currie told CNBC: “OPEC is pursuing a shock and awe strategy,” cutting production faster and deeper than the investment bank expected. This suggests that supply will tighten sufficiently by April for OPEC to call the mission accomplished.

After that, Currie said, OPEC will probably take a month or two to announce how it will proceed with dialing back the cuts and this would discourage U.S. producers from boosting their own production further, bringing about another price crash.

While it’s safe enough to say prices will inch down when OPEC announces the end of the cuts, it is probably the only thing that’s safe to say, Currie said, adding that prices could rebound to above US$70 for Brent thanks to the tighter supply and strong demand.

This came as an official disclosed that Saudi Arabia pumped 10.1 million barrels per day, bpd, of crude in February, in yet another sign that OPEC’s largest producer and de facto leader is cutting much deeper than it had pledged under the OPEC+ production deal that began in January.

At the end of January, Saudi Energy Minister Khalid al-Falih said Saudi Arabia’s February crude oil production would likely be close to 10.1 million bpd, down from around 10.2 million bpd for January.