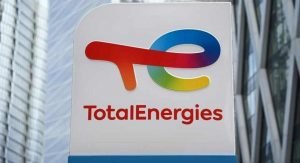 Johannesburg — The future of Mozambique’s gas ambitions hinges on its ability to end a deadly insurgency linked to Islamic State, but if peace is the answer the southern African country and French energy giant TotalEnergies may have a problem.

Four months after gunmen overran Palma, a town housing TotalEnergies contractors near its Afungi site in Cabo Delgado province, the insurgents still control swathes of territory and a key port while the army is in tatters, security experts, military personnel, company officials and insiders told Reuters.

TotalEnergies has said its $20 billion gas project will remain on hold until security is restored in the province in a “verifiable and sustainable manner”. At the end of April, it estimated the delays would last at least a year.

The Mozambican government says Palma itself is now pacified and it is working to ensure peace in Cabo Delgado.

“A year strikes me as very optimistic,” said Sam Ratner, an analyst with Cabo Ligado, a media and civil society project tracking the violence in northern Mozambique. An even bigger project led by Exxon Mobil is now also on hold with minority partner Galp telling Reuters that re-establishing security was essential and that it would not move forward until TotalEnergies returns.

TotalEnergies declined to comment for this article. An Exxon spokesperson said the company continues to evaluate the security situation. Government officials did not respond to questions.

Mozambique’s gas reserves are estimated at some 100 trillion cubic feet, putting the country 11th in world rankings, and the two liquefied natural gas (LNG) projects are at the heart of the transformation plan of one of the world’s poorest countries.

TotalEnergies and Exxon, meanwhile, hope Mozambique will help plug LNG shortfalls expected in the middle of the decade. TotalEnergie’s project was due to produce 12.9 million tonnes per annum initially from 2024 which Credit Suisse estimates is equivalent to about a year’s worth of global LNG demand growth.

Security analysts, however, say the military deficiencies that allowed the insurgency to take hold in the north of Mozambique won’t be easily reversed. They say soldiers are ill-equipped, undisciplined and poorly paid, leading to low morale.

“We are nowhere near a match for them,” one soldier said of the Islamists after the Palma attack, adding that the insurgents also knew the terrain better.

The Southern African Development Community (SADC) has agreed to send soldiers to the region after it secured a concession from Mozambique’s President Filipe Nyusi, who had initially resisted any foreign intervention. Some Rwandan troops have also started to arrive in Cabo Delgado. But SADC has no counter-insurgency experience, nor has it provided details of troop numbers, deployment dates or the mission’s scope. Its initial budget of $12 million is tiny given the scale of the task, said Alexandre Raymakers, senior Africa analyst at Verisk Maplecroft.

SADC did not respond to a request for comment. The United States, Portugal and European Union have also offered help with training, logistics and intelligence to tackle the Islamist insurgency, which erupted in 2017 and has killed thousands of civilians, soldiers and militants.

But experts – pointing to examples such as France’s decade-long counter-insurgency efforts in West Africa’s Sahel region – warn such assistance could take years to show results.

And if the attack on Palma is anything to go by, the local forces will need more training.

After a spike in violence forced TotalEnergies to suspend work last year, it asked the government for a 1,000-strong force to protect its site and a 25 km (15 mile) security perimeter.

But even as they sought to shore up Afungi, the insurgents were closing in. Hours after TotalEnergies announced the resumption of work on March 24, they attacked, eventually getting within 2 km of the site and forcing its evacuation.

The troops protecting Afungi did not defend the town, a contractor whose firm was in communication with the company and a person with direct knowledge of TotalEnergies’ operation said.

Hundreds of contractors supporting the project were caught in the violence. At least one was killed trying to escape from a besieged hotel. Five told Reuters they would not return without greater assurances from TotalEnergies about security.

In the months ahead of the attack, government forces had left Mocimboa da Praia – a port just 80 km away – in insurgent hands since August, allowing them a launch pad from which some analysts believe they staged the Palma attack. Footage posted by Islamic State’s Amaq news agency, which a Reuters’ analysis geolocated to the port town, showed fighters gathering there, probably in the days before the Palma attack.

Security firms advising Palma-based contractors flagged nearby probing attacks ahead of the assault, internal messages seen by Reuters showed. But there was no noticeable increase in security in the town, said four contractors living there.

During the fighting, two eye witnesses told Reuters they saw soldiers fleeing. Those who stayed said they were out gunned. Vehicles, businesses, contractors’ sites and banks were looted during the violence, analysts say, with some spoils carried off by the insurgents giving them a temporary boost.

The ordeal convinced TotalEnergies that the insecurity pervading Cabo Delgado province could no longer be tolerated.

“It’s not Total that’s going to re-establish peace,” Patrick Pouyanne, chief executive of TotalEnergies, told investors in May. “We’re not going to build a facility inside a Fort Knox … that won’t work.” And military action alone won’t address the political and economic exclusion feeding the insurgents’ ranks, said Dino Mahtani of the International Crisis Group, a Brussels-based research group.

“Military action needs to take place, but in a measured way that dovetails with the efforts of the state to also remedy what is a grass roots problem,” he said.

A TotalEnergies source told Reuters on condition of anonymity that the company’s engineers might look again at the option of moving the project offshore but that would have its own technical and political challenges.

Such a move would require the government to accept missing out on the boost to local jobs and the poor northern region in general it is counting on for economic development, an official working with TotalEnergies said.

Ultimately, success hinges on the Mozambican authorities, though time was running out, the official said. “I don’t see a short-term solution … The government has failed so many times.”