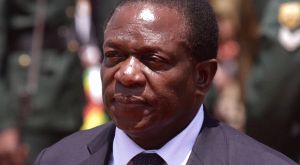 Mlambo was giving oral evidence before parliament’s Public Accounts Committee which is chaired by his former boss in one time Finance Minister Tendai Biti.

Chikwama accused the central bank of failing to take control of the situation and “playing games with people’s earnings”.
“You are telling us that no money is being printed but people are being forced to buy money from the black market.”

In his response, Mlambo distanced the central bank from any black market activities.

Mlambo was further blamed for failing to supervise banks which are linked to the corrupt sale of cash.

Mlambo said the cash parallel market was “a reflection of shortages in the system or the wrong incentives that are in the system” adding that the situation was beyond the central bank’s control.

Biti accused the central bank of being “the epicenter of a creation of an expansionary monetary financing through a fictitious fiscal policy”.