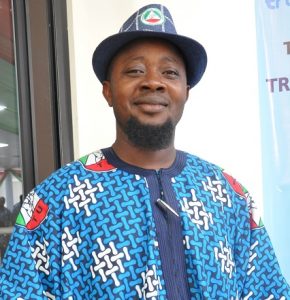 Lagos — The Trade Union Congress of Nigeria, TUC, has vowed to reclaim Nigeria from what it described as insignificant few.

In a press release sent to SweetcrudeReports and signed by the President, Comrade Quadri  Olaleye, the congress said the corrupt activities allegedly going on at government’s ministries, agencies and parastatals was disturbing and vowed to call out members to reclaim Nigeria from an insignificant few that have cornered the wealth of the country to themselves and cronies.

He stated that the revelations at the National Assembly during the recent probe on the activities at the Niger Delta Development Commission, NDDC, and the collapse of the Commission’s Managing Director, Prof. Kemebradikumo Pondei, are nothing but a national disgrace, which have made the country a joke before the international community.

“How could all these happen in a region without potable water, good schools and road network? How could NDDC spend N122.9 million for condolences when there is no good hospital for the sick? Why should this happen in a region where governors are saying they do not have the financial strength to pay the new minimum wage? Yet our leader, Muhammadu Buhari, is celebrated worldwide as anti-corruption czar.

“NDDC, like others are jinxed and everyone placed in charge of them, steals from them and threatens whistleblowers. Until the government in power ceases to see appointments as political settlement, the country will not make any significant progress,” he fumed.

The TUC boss queried why the National Assembly members should leave the business of making laws to pursue contracts, awarding it to themselves, receive payment upfront but never move to site.

He called on Nigerians to learn from what is happening now and stop trading their destinies and that of their children for packs of indomie, matches and wrapper materials, saying the current level of corruption is far more than what the county had since independence, as It is getting worse by the day.

He urged President Buhari not to sweep the current cases under the carpet, adding that ‘for once let action be taken and culprits seriously dealt with like it is done in most climes”.