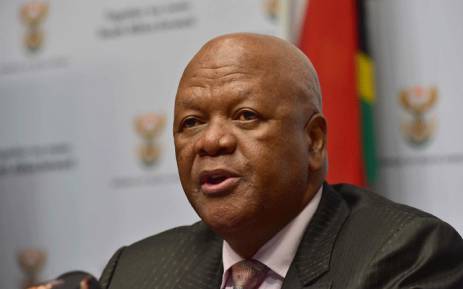 02 June 2018, Johannesburg — A new bidding window for the next phase of independent power producers (IPP) will be launched in November, and is expected to inject R40bn – R50bn investment into the country, Energy Minister Jeff Radebe said on Friday.

The renewable energy programme would add an estimated 1800MW of electricity to the national grid.

Radebe told a gathering of industry stakeholders that the investment would ensure “economic growth as well as opportunities for black industrialists, and the development of black independent power producers”.

The projects would be in addition to the 27 renewable contracts signed by Radebe earlier this year.

Radebe said the new bids would have specific requirements for women-owned business participation and special opportunities for the youth.

Black business owners in the energy sector had expressed dissatisfaction at the limited participation afforded by the previous contracts.

Some entrepreneurs had complained that black businesses were only seen as empowerment partners in major energy projects.

“It is also our intention to direct the socio-economic and enterprise development spend of the IPP programme to communities where the projects are located,” Radebe said.

“We don’t want to be empowerment partners. We want to drive the programme, and we have identified different blockages that act as a barrier to entry,” said Mhlarhi.

The government has committed to improving the country’s energy mix by having 30% of renewable energy by 2025, which include wind, solar and biomass energy.

However, Radebe emphasised that coal would still make up a significant part of the country’s energy source, as he enticed energy industry players with projects in the pipeline.

He announced the procurement of two projects of 864MW of coal-fired power plants, which he said would generate an investment of R40bn, and create at least 5 000 jobs during construction.

“The construction phase will be between 48 months to 60 months after signing,” he said.

The projects were expected to be completed after 2022-23.

South Africa generates most of its electricity from coal, and the country’s nuclear plant in Koeberg, which is the continent’s only nuclear power facility and supplies about 5% power to the national grid.

Radebe also described the increase in refinery capacity as “more urgent than ever”.

“Investment in the refinery capacity is now more urgent than ever. New refinery infrastructure projects will support other industries in the country and create new jobs,” he said.

In a bid to improve efficiency and certainty, Radebe said the long-overdue Petroleum Retail Audit results would be released before the end of the third quarter.

The report would give the results of the allocation of petroleum retail licenses.